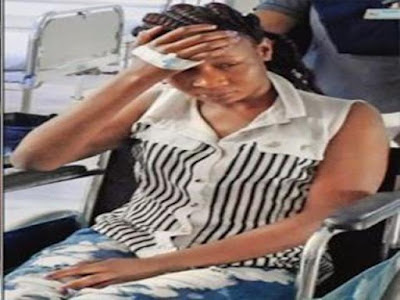 A 24-year-old Kenyan woman  was dragged out of a taxi on Wednesday and bashed by the mob,  who mistook her for a  Nigerian.

Coming just two days after a mob thrashed six Nigerians and a Congolese inside Greater Noida’s Ansal Plaza in Uttar Pradesh  on Monday evening, the fresh attack has left most Africans in the area too afraid to step out of their houses, according to Times of India.


Maria Burendi, the Kenyan, said  she left her home in Alistonia society at 6.15am to collect an African wig and some food from a friend at DPS Society.

On the way, she said the cab was stopped at 6.30am near the Omicorn roundabout by 10-12 men who then beat her up.

“They stopped the car and asked me to get out,” Maria told TOI over the phone.
“When the cabbie and I stepped out, they started slapping me saying that Nigerians are bad. When I said that I was a Kenyan, one of the guys asked them to stop and they relented,” she said.
“I was not expecting this. I wanted to buy some food items but could not. Later I thought I could collect my African hair wig from my friend’s place in Greater Noida. It was then that the attack took place,” she said.


However, police later in the evening said her version was doubtful. They said they nabbed the cab driver and when he was questioned, he denied any such incident happened.

Greater Noida is a town just about 30 kms from the Indian capital of New Delhi.
Read more: http://www.misspetitenaijablog.com/2017/03/indian-mob-bashes-kenyan-student.html
Posted by Terrobuster at 4:44 AM