Welcome to The Second Translation of Somali Holy Quran 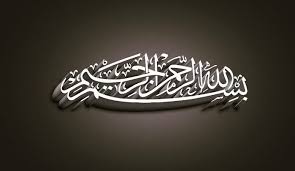 Abu Hurairah (May Allah be pleased with him) reported:


The Messenger of Allah (ﷺ) said, "When a man dies, his deeds come to an end except for three things: Sadaqahtul Jariyah (ceaseless charity); a knowledge which is beneficial, or a virtuous descendant who prays for him (the deceased)."

“Knowledge which is beneficial” means knowledge imparted verbally or by any other means through which people become better Muslims. As long as people benefit from this knowledge”


However, if a person reads a translation of the Holly Quran in order to understand the meaning and benefit from what these verses are saying, then he will be rewarded for doing that, and his reward is with Allah, and so those who strive to complete this noble work of translating the Quran so that people will understand the meaning of these verses of the holy Quran, Allah will reward both those who did the translating and those who contributed to support financially to make it possible to minimize any form of error In Sha Allah.


Why do we need to translate the second Somali Quran translation?


It doesn’t mean the person who translated the Quran in Somali language did not do a great job, he did Ma Sha Allah, he did something no one did before, may Allah reward him and all who were involved.


As for what made me do this noble work of translating the second Somali Quran is, five years ago someone gave me a copy of this Quran and I was so proud to hold a Quran translated in my own language, after reading it I came across several errors, and I couldn’t believe it, I talked to several people about it and we noted that many people were not involved in the translation or consulted, but it was done in a hasty way. At that time I was not serious about doing something about it.


Allah has blessed me. He made it possible for me to speak four languages which are Somali, Arabic, English and Swahili. I do have a habit of reading Quran the whole year around, some time I can stop at an Aayaa of Quran and I will go into the internet to find more about that Aayaa, three and half years ago I was searching the web for a translation of an Aayaa, in the search I clicked at the noble Quran where I did find so many translation one could imagine that really exist.


The English translation is about eight, two Arabic, Somali, Swahili and many other languages.


After reading the translations I started comparing the translation with each other, again I came across some errors in the Somali translation again and again; I felt some very strange feeling deep inside my heart that I have been tested by Allah with these languages that I know, should I thank Allah for blessing me with these special gift and do something about these errors by translating the second Somali Quran or should I neglect my duty as a Muslim to put things right, I put my trust in Allah and prayed for him to make it easy for me.


I decided to do something about it and started to translate the Quran into Somali language with the help of Allah, noble Quran and so many other websites I saw the light of possibility in the end of the tunnel of impossibility, I put my trust in Allah and then I sail in the big ocean of the knowledge of Al Rahman The Creator of universe, who guided me through this journey of translating till I reached the end of the translation Al hamdulillah.


To my surprise the Swahili translation is far better than some of the English translation and it contributed a lot of help, may Allah blessed those who did that great job.

Now I am about to start the second stage of this translation work, I want to involve more people like scholars, a managing editor, a language editor and translators who have the knowledge of structural linguistics similarities and differences between languages, and editors who have the expertise and capability to edit advanced level manuscripts in their specialized field, I believe we can find these people easily if we find people who will support this noble project financially so we can put the finishing touches to end this great work, so that we can set the seal on, In Sha Allah (If God wills).


Note it’s a sadqatul Jariyah a knowledge which is beneficial to our Somali people, may Allah guide us and the whole Muslim Ummah.

please contact us if you are good in Somali language. we are looking for:
editor and translators who have the knowledge of structural linguistics similarities and differences between languages, and editors who have the expertise and capability to edit advanced level manuscripts in their specialized field.


Abdulghaniduale@gmail.com
Please share this in your social network so that it reaches many people
Posted by Terrobuster at 1:25 AM