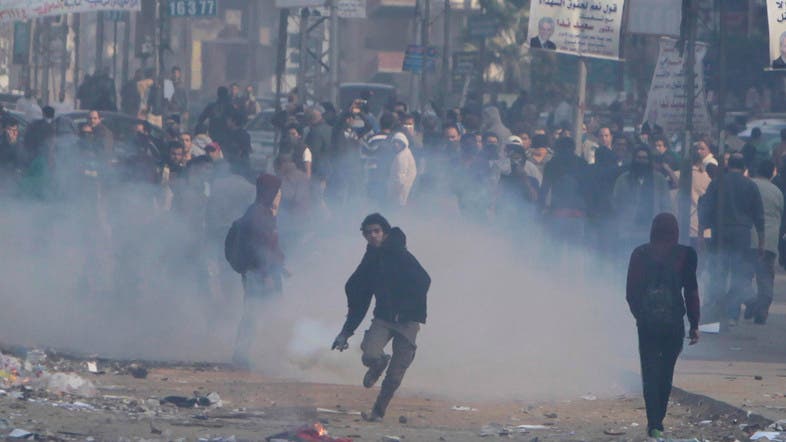 Staff Writer, Al Arabiya NewsMonday, 6 January 2014
Egypt summoned on Monday the Iranian charge d’affaires to protest what Cairo said was Iranian interference in its domestic affairs, the foreign ministry said.Iranian foreign ministry spokeswoman Marzieh Afkham had said last Saturday that her country was worried by the recent escalation in violence between Egypt’s army and protesters supporting former Islamist President Mohammad Mursi.At least 17 people were killed on Friday in clashes between the police and supporters of Mursi, who was ousted by the army in July. “The Iranian comments were an unacceptable interference in Egypt’s internal affairs,” Egypt’s foreign ministry spokesman Badr Abdelatty told Reuters.
The government of ousted President Mursi had revived ties with the Islamic regime in Iran raising concerns among Egypt’s traditional Arab allies, such as Saudi Arabia and the UAE, which have troubled ties with Iran.
Last week, Egypt also summoned the Qatari ambassador in Cairo to protest against a statement by the Gulf State expressing concerns over the designation of the Muslim Brotherhood as a terrorist group.
Qatar said the designation of the Muslim Brotherhood as a “a prelude to a shoot-to-kill policy” against demonstrators.It said that “inclusive dialogue” between all sides was the only solution to Egypt’s crisis.
Tensions have mounted between both countries since the July 2013 ouster of Mursi, whom Qatar firmly supported.
Many Muslim Brotherhood members have taken refuge in Qatar following their regime’s ouster.
Last Update: Monday, 6 January 2014 KSA 19:41 - GMT 16:41
Posted by Terrobuster at 3:35 AM