By Omar Nor and Josh Levs, CNN 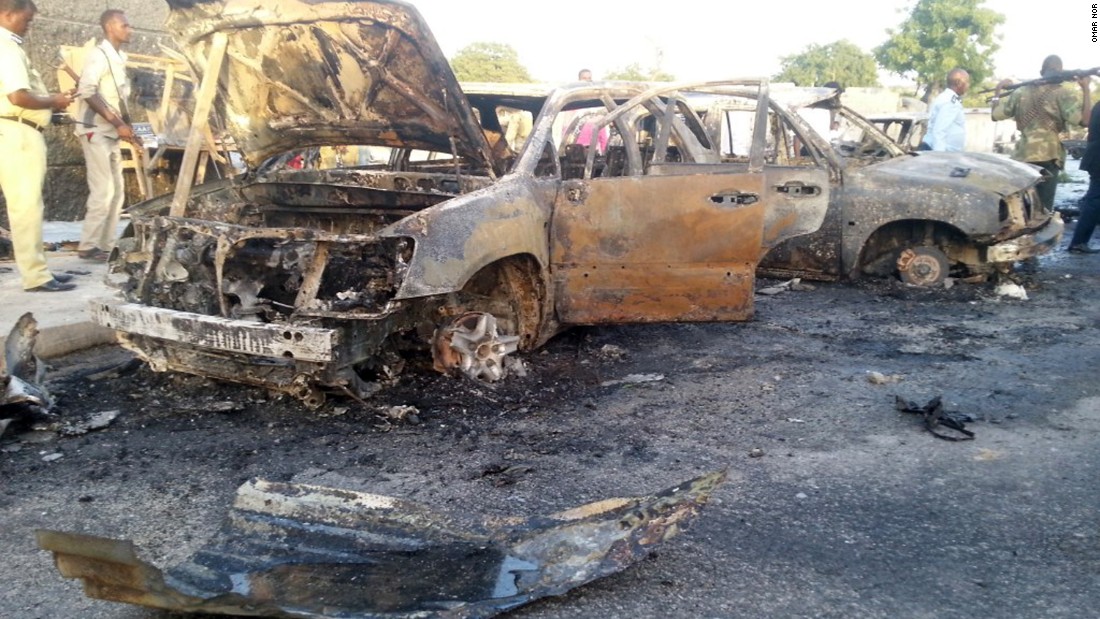 A suicide bomber rammed an explosive-laden vehicle into army convoy in Mogadishu, according to police in Somalia.

Mogadishu, Somalia (CNN)A suicide bomber rammed an explosive-laden vehicle into an army convoy Sunday in the heart of Mogadishu, Somalia, killing four civilians and three soldiers in addition to himself, police said.
The al Qaeda-linked Islamist militant group Al-Shabaab claimed responsibility through its spokesman Sheikh Ali Dheere.
The convoy was carrying U.S.-trained special forces when it was targeted near a vegetable market, Capt. Mahad Abdi, a Somali police officer, told CNN.
What is Al-Shabaab?
Posted by Terrobuster at 11:08 PM