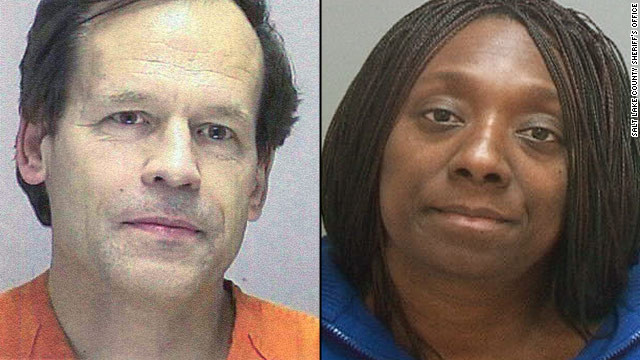 Steven Brigham and Nicola Riley are awaiting extradition hearings to bring them back to Maryland, police said.
STORY HIGHLIGHTS
Elkton, Maryland (CNN) -- Two Maryland doctors face murder charges related to abortions performed on late-term fetuses that were viable, authorities said Friday.
Steven Brigham and Nicola Riley are in jails in New Jersey and Utah, respectively, awaiting extradition hearings to bring them back to Maryland, police in Elkton, Maryland, said in a news release.
The two face identical charges -- five counts each of first-degree murder, five of second-degree murder and one of conspiracy to commit first-degree murder.
The cases did not fall into the exceptions for aborted fetuses under Maryland law, Kerwin Miller, the deputy state's attorney for Cecil County, told CNN.
Defense attorney Tom Brown told CNN by e-mail that Brigham "has fully cooperated with this investigation" and has not "violated any Maryland laws." Another lawyer for Brigham, Norman Wilson, declined to comment.
Sharon Krevor-Weisbaum, an attorney at a Baltimore-based law firm that is representing Riley, said, "We believe that the criminal charges are without merit, (and) we believe it is inappropriate for (Riley) to be held without bond."
The investigation began August 13, 2010, when Riley brought a woman into an Elkton hospital due to a "complication resulting from a medical procedure," police said. The woman had driven from New Jersey to Maryland for an abortion, investigators later determined.
Days later, Elkton police searched the abortion clinic where Brigham and Riley work and found several fetuses "in a freezer chest." The fetuses were taken to a medical examiner's office in Baltimore, according to the news release.
The indictment warrant was issued Wednesday, following an investigation. Camden, New Jersey, police took Brigham into custody "without incident" later that night. The 55-year-old doctor has since been held at the Camden County jail.
Riley, 46, was also detained without incident Wednesday evening by the Unified Police Department in Utah. She is being held at the Salt Lake City jail, ahead of an anticipated extradition hearing, Elkton police said.
Miller, who is the chief homicide prosecutor for Cecil County, said more details on the case will not be released until Tuesday.

CNN's Greg Seaby in Elkton and David Mattingly and Tristan Smith in Atlanta contributed to this report.
Posted by Terrobuster at 11:01 PM