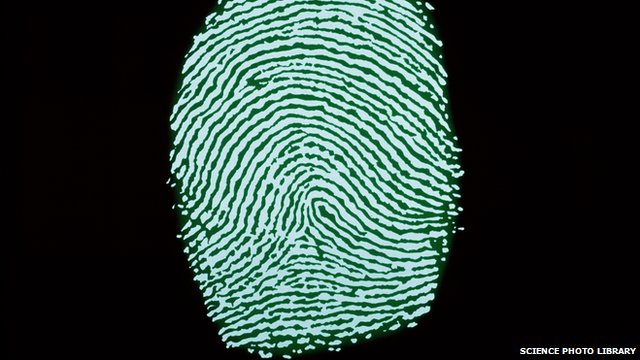 BBC Click reports on the technology that is helping police learn more about people from their fingerprints.
As darkness falls across the suburbs of Leeds, calls start to flood in to Chris Barley's radio from police HQ.
It is prime time for criminal activity, and it is going to be a busy night for West Yorkshire's crime scene investigators too.

We can find out if the suspect is a male or female. We can understand whether or not a person has dealt drugs or actually taken drugs”

Continue reading the main story
Dr Simona Francese Project Leader, Sheffield Hallam University
A break-in has been reported nearby, and the forensic officer gets on his way. When you're gathering evidence at a crime scene, every second counts.
When he arrives, the door has been forced open, and the house has been ransacked.
Surveying the scene, he says: "We believe the suspects were probably looking for jewellery - they have torn open every drawer, suitcases have been opened, cupboards have had the contents thrown out. It's a very messy search."
Amongst the chaos, he gets to work looking for any clues that the burglars have left behind.
He is in luck. A mobile phone that has been thrown aside has a clear print.
Using his forensic kit, he carefully lifts it, transferring the mark to an acetate sheet ready to be sent to the identification experts.
Finding a match of the unique pattern of ridges and whorls that make up the print on the police database could be the key to cracking the case. 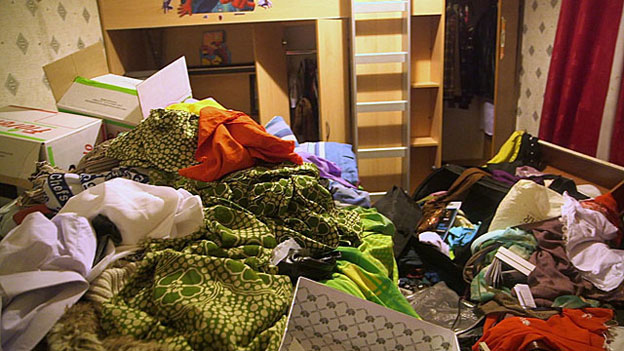 Burglars may leave more than a mess behind now that their fingerprints can give the police extra
But today this evidence is also being examined by scientists from Sheffield Hallam University.
They have been working with West Yorkshire Police in the first trial of its kind.
They say a fingerprint holds much more than a person's identity.

Dr Simona Francese, who is leading the project, says: "Fingerprinting is still a very successful process.
"However there are many instances where the fingerprint isn't good enough for suspect identification. For example, if it smudges, or if the fingerprints aren't present on the database.
"Up to that point the evidential value of the mark was lost. But now we can say a lot more about that suspect."
Reliability of evidence Back in their laboratory, the team uses an analytical technique called mass spectroscopy to find traces of substances, no matter how small, on or within the ridges of the print.
It works by vaporising the sample, and then firing it through an electric and magnetic field. Particles of different mass behave differently under these conditions and this means the team can identify molecules found within the print.
"The kind of information we can find is very diverse," says Dr Francese.
"For example, by looking at the proteins found in the mark, we can find out if the suspect is a male or female. We can understand whether or not a person has dealt drugs or actually taken drugs.
"We can detect ingested substances, so we may be able to reconstruct what that person has been eating just before committing the crime.
"All kinds of exogenous substances can link to the lifestyle of the person or their activities." 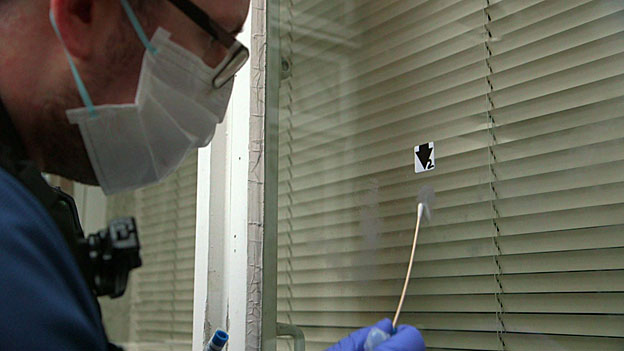 Fingerprints have been central to fighting crime for more than 100 years
The trial with the police has been underway for several months, and the results, she says, have the degree of accuracy needed for a criminal investigation.
"Reliability in the kind of evidence we provide is massively important. You are dealing with people's lives, so you have to be very sure what you say," says Dr Francese.
"And this technology actually provides that extra degree of reliability that forensic investigators look for."
Overseeing the trial is Neil Denison, head of regional identification services, at West Yorkshire Police.
He says: "In the past, you either identified or didn't identify a fingerprint. Now even if we don't identify a fingerprint we can find out information about the habits of the individual who has left that mark behind at the crime scene."
He thinks the technique could make the jump into courtrooms in the next few years.
However, because it is relatively expensive, it would probably be used in crimes such as murder or rape rather than domestic burglaries.
"Criminals are getting better at what they do, and we need to keep up with them. And this is just one way we might improve the way we use fingerprints, and ultimately prevent and detect crime."

You can see Rebecca Morelle's report on the BBC's technology programme, Click