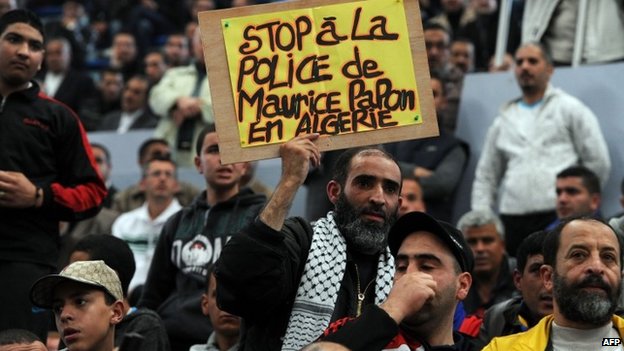 Rival Islamist and secular party opposition supporters attended Friday's rally
Thousands of Algerian opposition supporters have called for a boycott of next month's presidential election, during an unprecedented mass rally.
Islamist and secular opposition parties at the rally denounced 77-year-old President Abdelaziz Bouteflika's attempt to win a fourth term of office.
They say a stroke last year has left him unfit to govern.
Mr Bouteflika, in power since 1999, scrapped constitutional rules in 2008 limiting him to two terms in office.
He has rarely been seen in public in recent months, but correspondents say the backing of the governing National Liberation Front (FLN), army factions and business elites almost guarantees him election victory.
'The real Algeria' Chanting "boycott" and "the people want the regime out" about 5,000 people packed into the sports stadium where various opposition leaders denounced Mr Bouteflika's re-election bid and demanded reforms to a political system they see as corrupt. 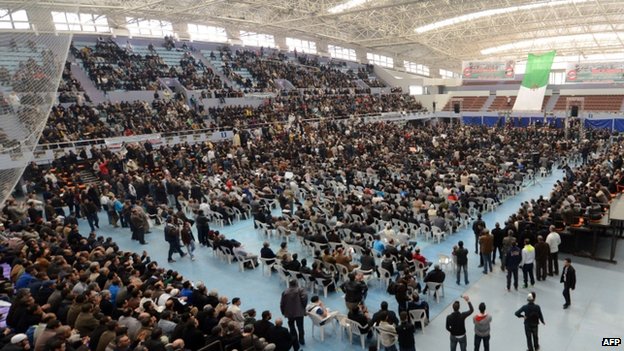 About 5,000 people packed into an Algiers sports stadium 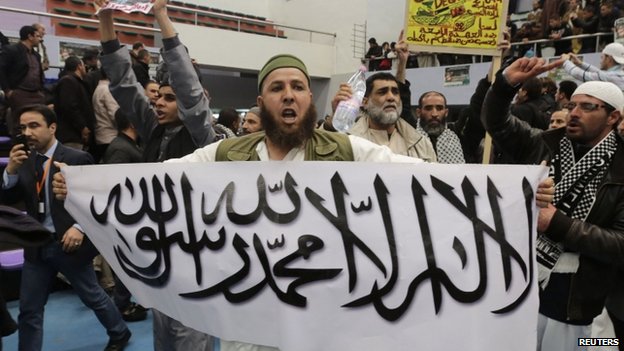 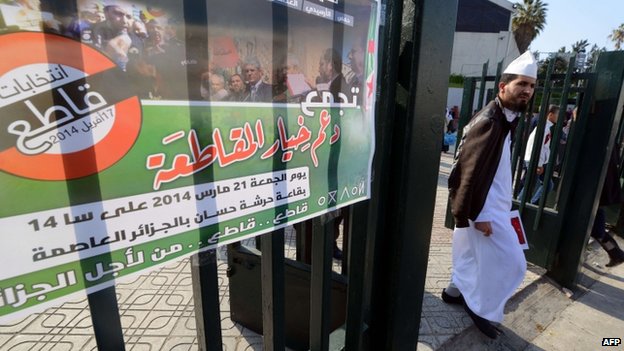 Friday's rally is believed to be one of the biggest in Algeria in recent months
Large opposition gatherings are unusual in Algeria, where FLN elites and army generals have dominated politics since independence from France in 1962.

"The people here are the people who have been excluded, who have been put aside, but this is the real Algeria," Rally for Culture and Democracy (RCD) party spokesman Mohsen Belabes told cheering crowds.
"The regime will collapse, but Algeria will survive."
Correspondents say Mr Bouteflika ordered heavy spending from Algeria's oil earnings on housing, public services and infrastructure projects to offset social unrest after the Arab Spring uprisings across North Africa in 2011.
But the parties within the opposition are not united and remain weak, analysts say.
Evidence of this disunity was evident at Friday's rally, where rival Islamist and secular supporters heckled and taunted at each other across the stadium.
The president is one of the few remaining veterans of the war of independence against France.
But he has had persistent health problems and his rule has recently been dogged by corruption scandals implicating members of his inner circle.

Posted by Terrobuster at 6:48 AM