When Pooja Dhingra tasted her first macaroon she immediately knew what she wanted to do with her life.
It was back in 2008, and the young Indian woman was in Paris studying to be a pastry chef.
When her college friends realised that she had never tasted a macaroon - a small, colourful circular cake made from ground almonds and filled with cream or icing - they whisked her to one of the best macaroon shops in the French capital.
After just one bite, Ms Dhingra decided there and then that when she returned to Mumbai she would open her own macaroon store, the first of its kind in India.
"This might sound dramatic, but I realised that yes, this is what I want to do, I want to go back to India and take macaroons with me. This was my mission," she says.

When I started making macaroons, first at my home kitchen, it was a complete disaster”

Pooja Dhingra
Fast forward seven years, and Ms Dhingra, now 28, is the owner of three busy macaroon shops in Mumbai. Another three stores will open in the city this year, and she has plans to expand her business, Le 15 Patisserie, across the country.
Yet as a young businesswoman in India, she says it hasn't always been plain sailing.
Initial problems Ms Dhingra should have been a lawyer. But while studying law at university in Mumbai, she decided that she wanted to quit to do something more creative. 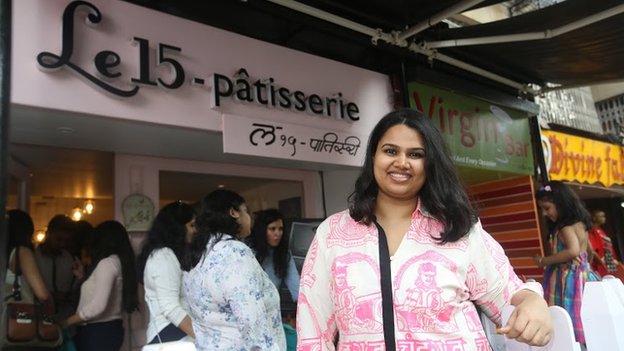 Pooja Dhingra now employs 40 people across one central kitchen and three shops
Remembering helping her mother in the kitchen during her childhood, she decided to work with food instead of legal cases.

So she convinced her parents to let her go to Switzerland to study hospitality and management.
After three years at a Swiss catering college, Ms Dhingra did one year at the well-known Le Cordon Bleu school in Paris.
Returning to Mumbai upon graduation, she set to work in her parents' kitchen on developing her own macaroon recipe.
Yet with the weather in Mumbai being substantially hotter and more humid than Paris, she struggled for half a year, as the heat and humidity makes it difficult to make the delicate cakes. 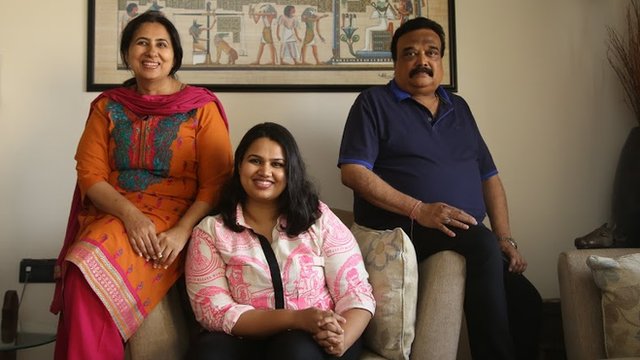 "When I started making macaroons, first at my home kitchen, it was a complete disaster," she says.
"It took me around six months of research and 60 failed recipes to finally get something right." 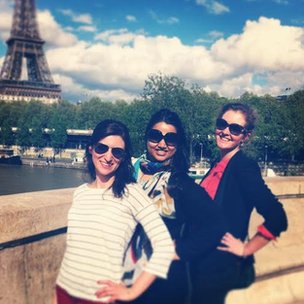 When she finally had a recipe she was proud of, her businessman father agreed to invest the initial funds she required to set up the business.
Yet being both young and female meant she faced additional challenges.
"The biggest problem was to get people to take you seriously," she says. "For example, if I had to sign a lease for a place, or buy machinery, I would have to ask my father to make these calls for me."
Ms Dhingra also found it difficult to deal with Indian red tape.
"My education in Switzerland, and working in hotels there, gave me a good idea of what working in hospitality would be like, but dealing with the bureaucracy is extremely difficult when starting a business in India."