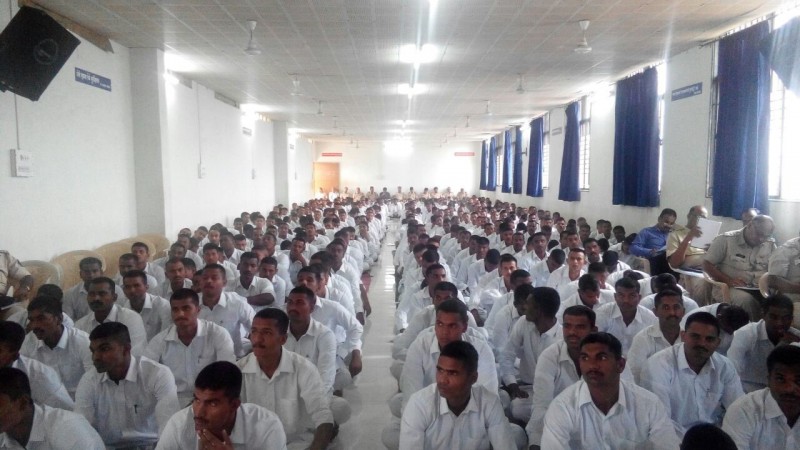 MUMBAI, INDIA – It was just after midnight when the rescue was complete. IJM had assisted with an anti-trafficking operation in Kamathipura, Mumbai’s largest red-light district. It was a fast and well-executed operation, leading to freedom for two young women.
Usually such operations take many hours, even days. But in part because of an IJM training, this particular operation went far more efficiently. In fact, the entire operation had finished within a matter of hours.
IJM trained its 5000th official this month. Since January 2015, IJM has trained 5,000 police and social workers in the state of Maharashtra (Kamathipura is a part of it) on how to conduct rescue operations. By the end of the year, that number is expected to double. 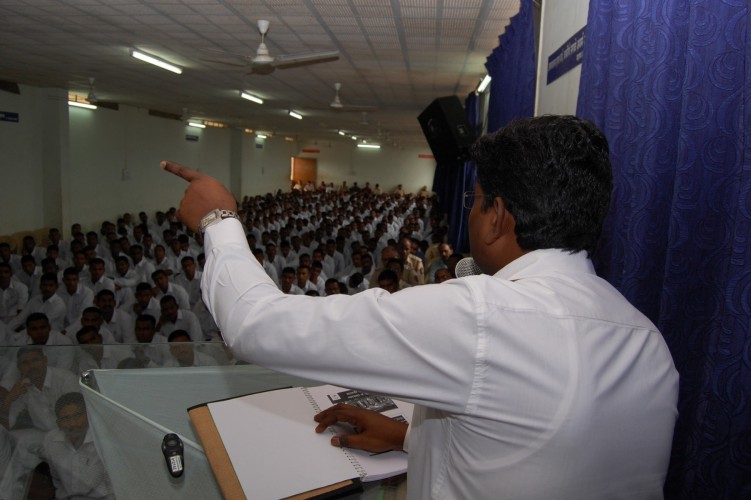 Why Training Matters
By training police and social workers, operations go more smoothly, victims are treated better, and better evidence is gathered that can help bring more criminals to justice.
Sometimes police find and rescue girls quickly, but it can take hours to search for girls who have been hidden away behind trap doors or secret compartments. Police arrest suspects and gather evidence at the crime scene.
The longest part of an operation comes next: Back at the police station, officials must file charges against suspects, properly document evidence, interview the trafficking survivors, and secure a place for each survivor at an aftercare home. These steps typically involve direct support from IJM staff who have years of experience and expertise.
But on this night, things had gone so smoothly; everything was done by midnight.
“The police were very cooperative,” said one IJM staff member who was present and commended the officials for their professional search and evidence-gathering. “This rescue should be used as a model for future rescues.”
IJM had worked with this unit before; the last operation had required much more support and taken longer. Since then, the unit had attended an IJM workshop on operational procedures and how to interact with trafficking survivors. The training’s impact was unmistakable. 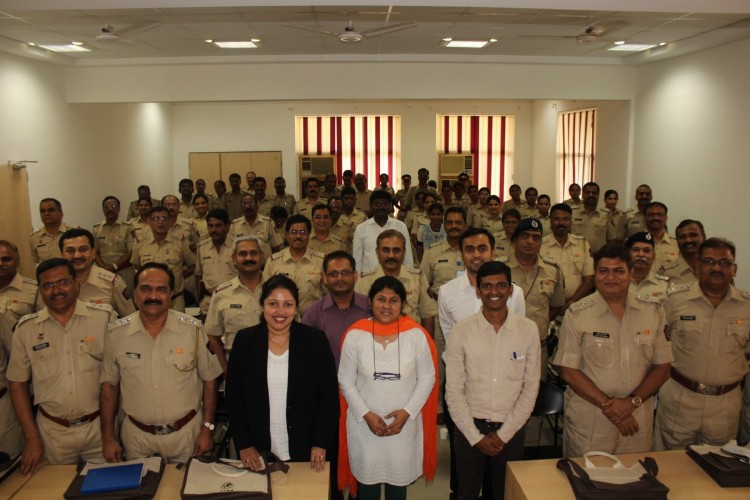 Ideal Rescue Operation
From the outset of the July operation, police took charge and were determined to ensure their investigation was thorough enough to lead to a conviction in the future.
“Police were so diligent in searching the premises for evidence,” explained one IJM social worker who worked on the operation.
The brothel looked like any other building in Kamathipura. Inside, the small space had been divided into six tiny rooms, each the length and width of a single bed. One of the two young women rescued that night was a teenager who said she had been shifted between brothels and only days earlier moved back to this red-light area.
Timing is of the essence, because in India, it’s illegal to arrest a woman after dark. In some cases, this has led to female suspects evading or manipulating their way out of an arrest altogether. This time, the unit arrested the brothel owner—before sunset. The woman was taken back to the station, and the officers prioritized finalizing the documentation for her arrest before dark. In this case, the brothel owner was lawfully arrested and will face trafficking charges.
Equally significant, female police officers spoke to the survivors as soon as the rescue was over. Many officers have never been trained on how to interview a victim of sex trafficking in a sensitive manner. Further, most trafficking victims are conditioned to fear police and are hesitant to open up or share the truth. This time was different. The officers in this case patiently tried to gain the survivors’ trust before questioning them about how they came to be trapped in the brothel.
“The victims weren’t opening up, but instead of threatening them, the police literally spent hours telling them ‘We’re here to protect you, we’re going to look after you, we won’t hurt you or arrest you…’ They really made an effort with the victims,” an IJM social worker said.
Ultimately, the officers decided it would be best for the survivors to get rest at an aftercare home, where they would have time and space to begin to process. A few days later, after the survivors had had time to process their situation, police went back interview the girls for official statements. 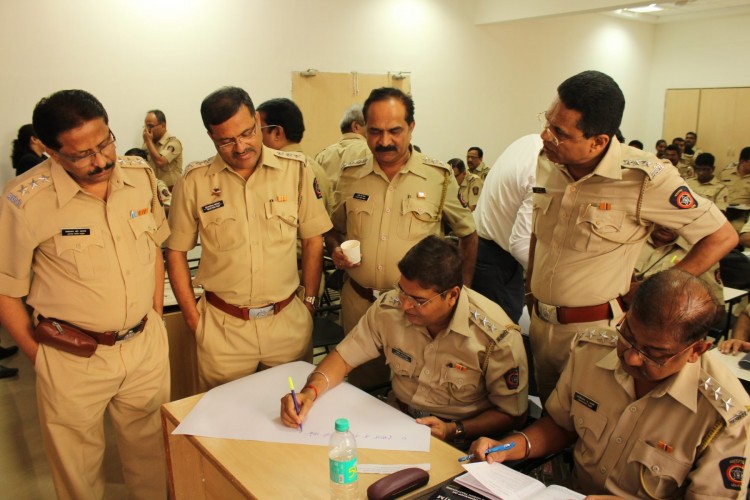 IJM Invited to Train 10,000 Police and Social Workers
This police unit is emblematic of a new wave of officers committed to combatting sex trafficking. IJM has been invited to train 10,000 police and other officials throughout the state as part of the government’s five-year plan to combat human trafficking in the state of Maharashtra.
IJM Mumbai Field Office Director Sanjay Macwan summarizes the state plan’s goals, which mirror IJM’s hopes for officials throughout the justice system:
“We hope to see police conducting rescues on their own—that they will identify cases of trafficking and bring freedom to these girls without the need for IJM to assist them. We want to see police being sensitive to the victims and provide them with the help they need.
“We also want police to be diligent in documenting this crime once the rescue is done, and as a result they will achieve a higher conviction rate and deterrence to this crime,” Sanjay adds.
As last month’s operation illustrates, the training is having a real impact. IJM Mumbai used to receive a couple of calls a year from police asking for assistance, but this year the calls are coming in almost daily—sometimes multiple calls in one day.
“We are able to help police every single day, not only in rescue operations but in post-rescue documentation and any other legal help that they need. There’s amazing momentum through the city and throughout the state with regards to this training project,” Sanjay says.
“We are so excited and so happy as we continue to train these police officers.”
International Justice Mission is a global organization that protects the poor from violence throughout the developing world. IJM partners with local authorities to rescue victims of violence, bring criminals to justice, restore survivors, and strengthen justice systems.