The kingdom, which has not signed the UN Convention on Refugees, claims it has given residency to 100,000 people as war rages in Syria

58
Save for later
Saudi Arabia has said reports about its response to the Syrian refugee crisis are “false and misleading” and it has in fact given residency to 100,000 people as war rages in their country. 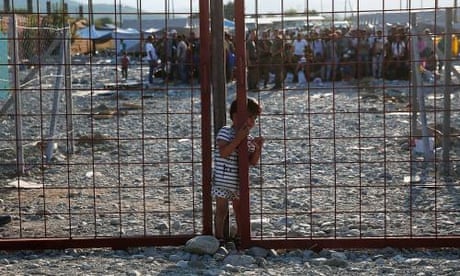 Syrian refugee crisis: why has it become so bad?

Read more
The kingdom’s statement followed a similar defence issued by the United Arab Emirates after questions were asked about how wealthy Arab states had reacted to the outflow of more than four million Syrians.
Germany alone is expected to receive 800,000 asylum-seekers from Syria and elsewhere this year. Many more Syrians are sheltering in Jordan, Lebanon and Turkey.
No Gulf country has signed the UN Convention on Refugees, which sets standards for the treatment and rights of those fleeing to a new country. Gulf states have been among the most ardent opponents of Syrian president Bashar al-Assad, providing funds and weapons for rebel groups fighting him. But they have been portrayed as not taking any of the resulting refugees in.
An official from Saudi Arabia’s ministry of foreign affairs, cited by the official Saudi press agency, said the country did not want “to show off or brag in the media” about its response to Syria, where civil war began four years ago.
“However, it sees the importance of clarifying these efforts in response to false and misleading media reports about the kingdom,” the unnamed official said.

The Guardian view on the bloodshed in Syria: Russia has a lot to answer for

Editorial: Vladimir Putin should not be given the chance to bask in anti-Isis solidarity with the west as if he had no role in Syria’s killing fields
Read more
Saudi Arabia “made it a point not to deal with them as refugees” but had issued residency permits to 100,000 Syrians who wished to stay in the kingdom, the official said.
“With that came the right to free education, healthcare and employment according to a royal decree in 2012 that also states that Syrian students visiting the kingdom be admitted in public schools,” the official added.
The kingdom had supported Syrian refugees in Jordan, Lebanon and other countries in co-ordination with the host countries, while providing a total of about $700m in humanitarian aid, he said.
At the same time Saudi Arabia and its neighbours in 2014 joined a US-led military coalition bombing extremist Islamic State group rebels in Syria.
Read More:
http://www.theguardian.com/world/2015/sep/12/saudi-arabia-says-reports-of-its-syrian-refugee-response-false-and-misleading
Posted by Terrobuster at 10:28 PM