Asian sex abusers to be stripped of UK citizenship and deported

Exclusive: Theresa May to broaden use of anti-terrorism powers in response to uncovering of Asian sex abuse gangs
Asian-born sex abusers will be stripped of their UK citizenship and deported at the end of their sentences under a new Home Office drive, The Independent can reveal.
Theresa May, the Home Secretary, is planning to significantly increase her department’s use of legal powers that allow serious criminals with dual nationality to have their British citizenship withdrawn, Whitehall sources say.
Until now, the powers have predominately been used to remove the UK passports of terrorists and terrorist sympathisers. 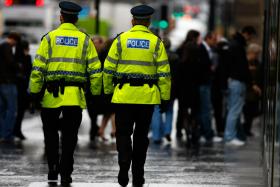 But senior department sources told The Independent that – in response to the series of Asian sex abuse gangs uncovered in towns across the country in recent years  – there is likely to be an “acceleration of passport strike-outs and potential deportations”.
British-Pakistani members of the gang of six men and women from Rotherham who were convicted on Wednesday of offences including rape, forced prostitution, indecent assault and  false imprisonment are expected to face action to strip them of their UK citizenship after they are sentenced today. Legal proceedings seeking their potential deportation to Pakistan are likely to follow.

From the left: Brothers Arshid, Basharat and Bannaras Hussain, who have been found guilty of a range of offences involving the sexual exploitation of teenage girls in Rotherham
The abuse of predominantly white girls by networks of Asian men has led to prosecutions across the North of England and the Midlands. More trials are imminent.
David Greenwood, head of the child abuse department at Switalskis solicitors in Sheffield, who represents almost 60 victims subjected to sexual abuse by the Rotherham gang between 1996 and 2012, said: “This trial is just the first of many and is the tip of a very big iceberg. From the work I have done, it appears that gangs of Asian men have been operating to sexually abuse young white girls in Rotherham, Oxford, Keighley, Bradford and Rochdale.”
Although amendments to British nationality laws in 2014 making it easier to strip dual nationals of citizenship were primarily aimed at terrorists who could undermine the UK’s security, the Home Office is now using the same legal sanctions to target serious crime, including sex abuse.
In a sign of the department’s new approach, the Home Office recently took legal action against the British-Pakistani ringleader and members of a child sex gang in Rochdale who were convicted in 2012. A special immigration tribunal in Manchester has just completed hearing appeals against Ms May’s decision to end their British citizenship and begin deportation proceedings.
Vinesh Mandalia, counsel for the Home Office at the tribunal, told the hearing that the decision by Home Secretary to deprive the men of their British citizenships was based on the need to express “society’s condemnation of those who have gained the benefits and privileges of British citizenship, but go on to become involved in serious organised crime”. The tribunal will deliver its verdict next month.

One Whitehall legal adviser said: “There are no limits. It is not just potential terrorists who face losing their UK citizenship. Those involved in serious or organised crime, and who hold dual nationality, can expect similar justice.”
Use of the enhanced deportation powers in 2014 led to a British-born man and his three sons being stripped of their British citizenship because of alleged terrorism links. 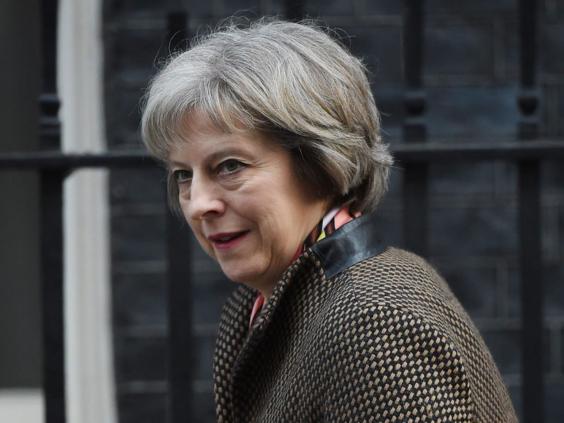 Theresa May is planning to significantly increase her department’s use of legal powers (EPA)
In another case, a man holding joint Afghanistan-British citizenship, was stripped of his UK passport and left stranded in Pakistan after being accused of involvement in Islamist extremism.
Since 2000, an estimated 37 people have had their British citizenship revoked. Their nationalities include: Russian, Somalia, Yemeni, Australian, Pakistani, Afghan, Albanian, Egyptian, Lebanese, Sudanese, Vietnamese, Iranian, Iraqi and Nigerian. The individuals held British passports from birth, or by application.
It is much more difficult to strip UK nationality from foreigners who are not recognised as a citizen of any other country, as this would render them stateless.
Human rights campaigners have criticised the extended powers used by the Home Secretary to withdraw British citizenship and enforce deportations as a form of “medieval exile”.
There has also been criticism that in many of the terrorism-related cases, those who face losing their British citizenship or their legal representatives will not be shown the evidence against them.
The Home Office has not yet responded to a request from The Independent for comment.
Read more: http://www.independent.co.uk/news/uk/crime/asian-sex-abusers-to-be-stripped-of-uk-citizenship-and-deported-a6896051.html
Posted by Terrobuster at 9:38 PM