– Terror group al-Shabaab has unveiled its special police force in areas it controls in the Southern Somalia region
– Al-Shabaab, through its official radio station, released photos of the Islamic police force patrolling the town Jilib
– The duties of the police according to al-Shabaab is to prevent wrongdoing and check people’s clothing, including cutting off penises of adulterous men
Terror group al-Shabaab has released photos of its special police force in areas it controls.
Al-Shabaab through its official mouthpiece, Radio Andalus, released photos of uniformed men with ID tags and branded vehicles patrolling the town of Jilib which is the capital of al-Shabaab controlled Southern Somalia. 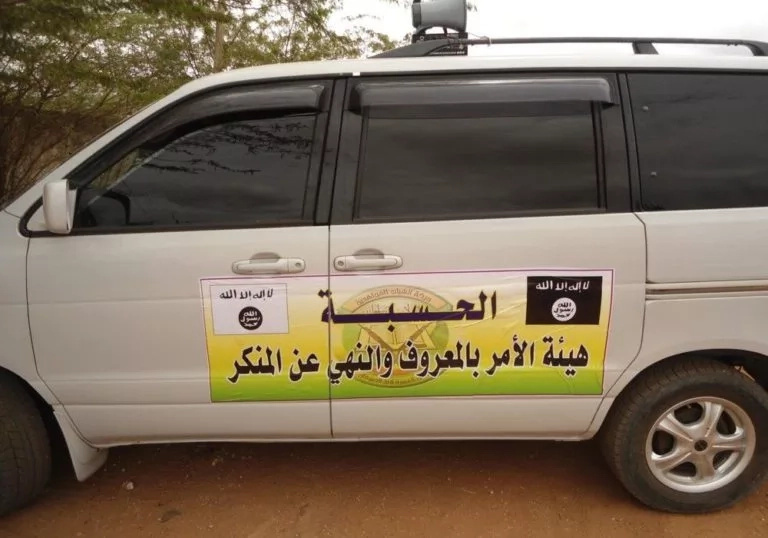 An al-Shabaab police vehicle patrolling the town of Jilib which is controlled by the terror group. Photo/Long war journal
READ ALSO: Senior KDF officer arrested for defiling house help for three hours
The al-Shabaab Islamic police force (Hisba) according to the terror group will not be armed and their duty will be to encourage citizens to do good deeds as well as prevent wrongdoing.


“The role of the hisba is to protect the quality of food and medicine and clothing in the market and all products in the markets,” Radio Andalus is quoted. 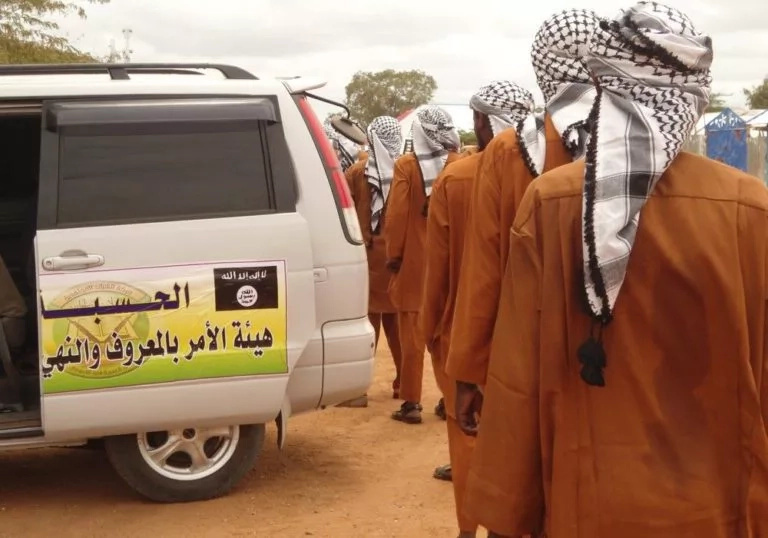 Al-Shabaab Islamic police force is known as the hisba patrolling the streets Jilib which is the capital of al-Shabaab. Photo/Long war journal
The al-Shabaab police force, it is said, will be deployed to areas controlled by the militants especially Southern Somalia regions of Jubba, Gedo, Lower Shabelle, Middle Shabelle, Bay and Bokool, Hiraan, and Galgudud. 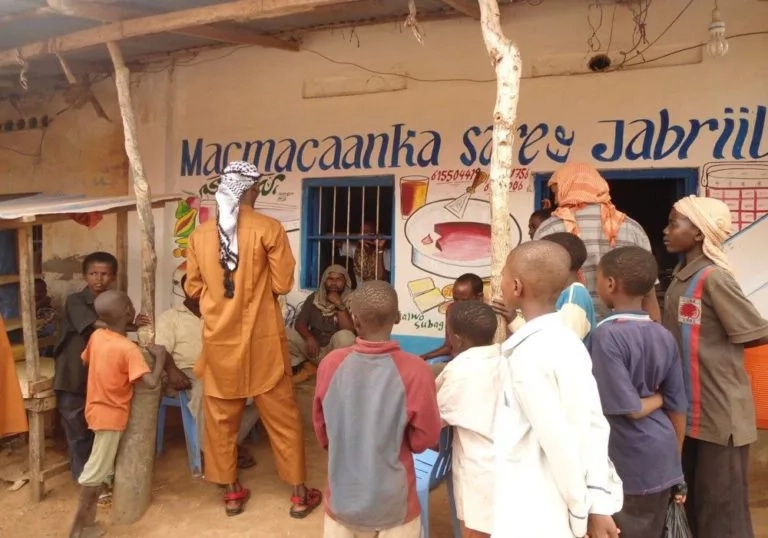 The hisba inspecting shops and markets in the town of Jilib, according to al-Shabaab the police force will not be armed as most of their duties will entail moral guidance for its citizens. Photo/Long war journal
READ ALSO: Al-Shabaab fighters killed after AMISOM and US forces raid hideout The duties of the police according to al-Shabaab is to prevent wrongdoing and check people’s clothing, inspect markets and encourage the youth to do good.
The police will also deal with maintaining strict moral guidelines by arresting and dealing with people engaging in adultery, drinking and selling alcohol or wearing western clothes regarded as un-Islamic. The al-Shabaab Islamic police force members all wear ID tags to identify them as they patrol areas controlled by the militant group. photo/Long War Journal
Some of the punishments the police force carry out include cutting penises of adulterous men and stoning women who engage in it, beheading drunks and alcohol sellers and cutting hands of thieves and percived criminals. 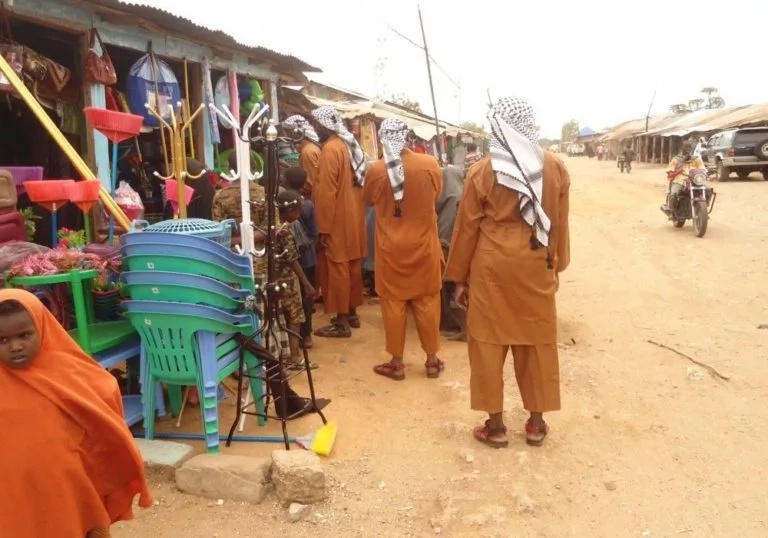 The al-Shabaab police force will mostly deal in patrolling markets and controlling moral decadence among its citizens like adultery and fornication. Photo/Long War Journal
READ ALSO: Details:Another al-Shabaab attack in Lamu police camp
Al-Shabaab emerged in 2006 from the now-defunct Islamic Courts Union, which once controlled  Somalia’s capital of Mogadishu.
The militant group launched its own insurgency on major Somali cities in 2009, taking control of Mogadishu and southern Somalia.
Click here for stress-free travel in Kenya
Cover photo: Hiraan
Posted by Terrobuster at 8:56 PM