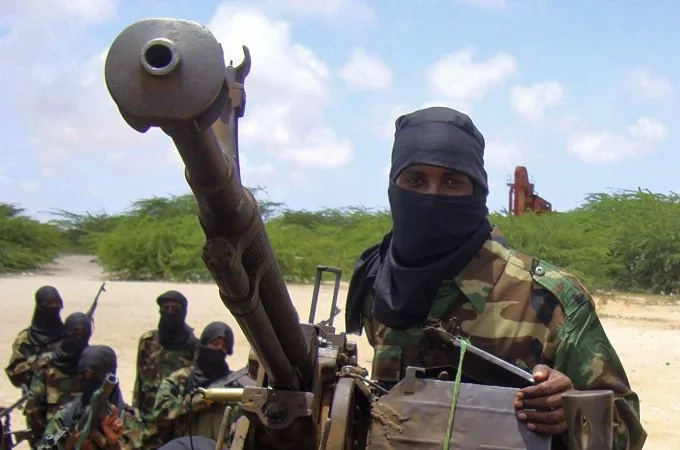 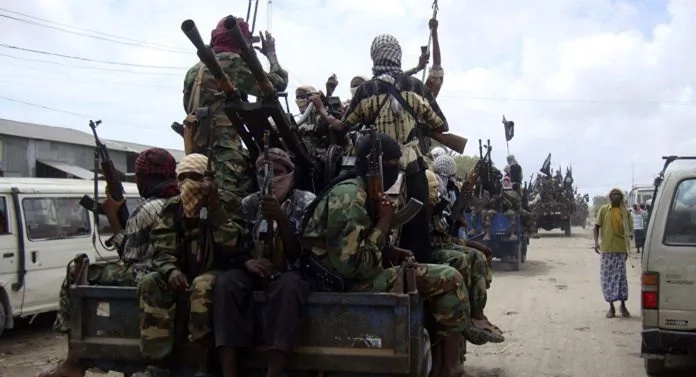 Somali commandos backed up US special forces have killed 30 al-Shabaab militants near the Kenyan border in the Southern Somalia region of Middle Juba.
READ ALSO: Al-Shabaab bombs AMISOM base, several soldiers feared dead
The Somali government confirmed that the operations took place on August 10 and 13  and mainly targeted the terror militants in Sakow town in Middle Jubba region.


“The U.S. backed by Somali commandos hit Al-Shabaab targets in Sakow town, killing 30 militants in separate security operations that took place on Aug. 10 and Aug 13. Senior members of the terror group were killed,” a Somali government official is quoted by Xinhua. The spokesperson for Somalia’s Al-Shabaab militant group, Robow Abu Mansur (C), is escorted on December 14, 2008, by bodyguards to a press conference just outside Mogadishu.
READ ALSO: Police gun down al-Shabaab militant after injuring police officer
Terror group al-Shabaab was removed from its major strongholds of Mogadishu and Kismayu by African Union forces and the Kenyan military.
The terror group which now mostly operates and trains in lower Jubba has resorted to attacking civilian and military facilities in Kenya and Somalia.
The group has carried out several attacks in Kenya including the Garissa University College attack.
The Garrisa University attack which occurred in 2015 was one of Kenya’s most bloodiest terror attacks.
The militant group raided the university at dawn killing  148 people dead of which 142 were students.
READ ALSO: Al-Shabaab explosions cut off communication between KDF camp and Kenya
Cover photo: Hiraan
Posted by Terrobuster at 8:50 PM