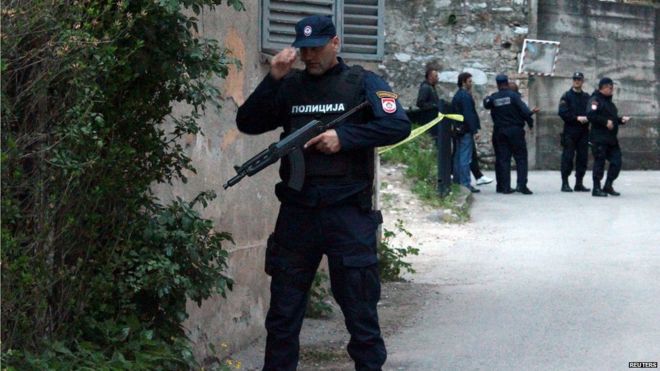 Fifteen people have been arrested on human trafficking charges as part of a joint operation between Bosnian and French police.
Bosnian authorities say they detained seven people across several cities and found a group of potential teenage victims during one of the raids.
The other suspects were arrested in France.
They are accused of forcing young Bosnian women and children to pickpocket on their behalf in France.
The victims were mistreated physically and psychologically by the alleged traffickers, according to police.
Authorities say the gang is also suspected of money laundering, forging documents and drug offences.
Police estimate the suspects made over €2m (£1.4m; $2.2m), which they spent on property and luxury cars
Posted by Terrobuster at 8:12 AM