'Smell fingerprint' could identify every human on Earth, study says

Reuters / Victor Fraile
711101
Tags
Health, Science
It's a well-known fact that no two fingerprints are the same – but apparently no two “smellprints” are the same, either. Scientists have discovered a way to characterize our sense of smell, and the unique labeling may reveal genetic information about us.
Every human has about six million smell receptors of around 400 different types. The distribution of those receptors varies from person to person, resulting in unique senses of smell – referred to by the study's researchers as the “olfactory fingerprint.”
The study, conducted by researchers from the Weizmann Institute of Science in Israel and published in the Proceedings of the National Academy of Sciences, tested 89 participants on how strongly 28 odors matched 54 adjectives. Those adjectives included “nutty,” “pleasant,”“lemony,” “masculine,” “fishy,”“citrus,” and “sour,” among others. 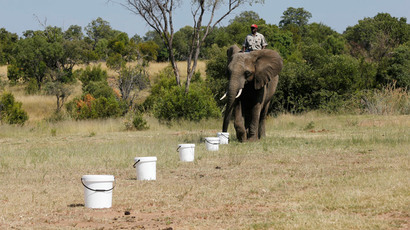 Based on those descriptions, the researchers developed a complex mathematical formula for determining how similar any two odors are to one another in the human sense of smell.
The benefit of this formula is that it “does not require the subjects to agree on the use and applicability of any given verbal descriptor. Thus, the fingerprint is odor dependent but descriptor and language independent,” study author Lavi Secundo said, according to an Institute press release.
All 89 participants were found to have distinct olfactory fingerprints. The researchers calculated that just seven smells and 11 descriptors could have identified each person in the group.
They went on to say that only 28 odors would be needed to “fingerprint” some two million people, adding that 28 odors make for 378 different pairs, each with a different level of similarity. “This provides us with a 378-dimensional fingerprint,” the authors said.
They also stated that 34 odors, 35 descriptors, and around five hours of testing per person could result in the identification of about 7 billion different people – roughly the entire human population. 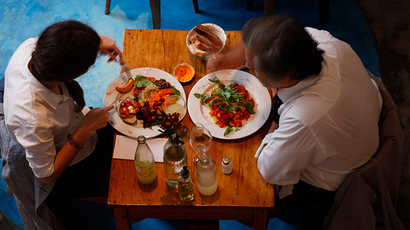 
That loving aroma: Frenchman to release ‘fart pills’ for Valentine’s Day
Posted by Terrobuster at 9:22 PM