The war of words over who does Saudi Arabia's housework

By BBC Trending What's popular and why 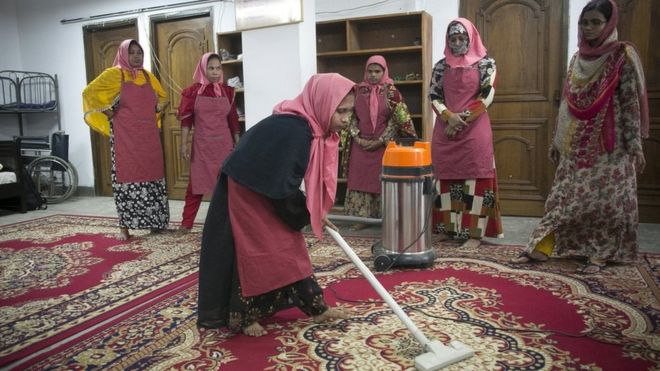 Disagreements about who should do housework blew up on Twitter in Saudi Arabia this week, and offered some insight into popular attitudes in the country.
If you're a Westerner, you might think this is another story about who should load the dishwasher, or about men not pulling their weight at home.
But this was a very different conversation, about where wealthy Saudi families should source their servants - from abroad, as is standard, or women from southern parts of the kingdom.
It began when Haya al-Mani - one of the country's few female politicians - made an official proposal that women be given the right to drive. It's a well worn topic, but still a controversial issue in the country, and her suggestion was fiercely opposed by religious hardliners on Twitter.
One such opponent - Sa'id Hussein al-Zahrani - was keen to discredit al-Mani and posted a tweet about an article she had reportedly written more than 30 years ago about domestic labour.
"Do you know that Haya al-Mani, who advocates allowing women to drive, also called for replacing foreign maids with southerners" he tweeted.
In the article, written sometime in the early 1980s, al-Mani is reported to have said the nation's wealthy citizens should stop employing foreign workers to clean their homes, and employ poorer Saudi women from southern areas of the kingdom. It would make better use of the country's own resources, she claimed.
The response on Twitter was swift and vociferous. A hashtag using her name - #HayaAl-ManiSuraCouncilMP - was used more than 100,000 times in a little over a day.
The general sentiment was fury, both at the idea that any Saudi women should work as domestic labourers, and that the politician had singled out women from the south - a region stereotypically viewed as poorer than the rest of the country.
"I swear to God, Saudi girls from the north to the south and from the east to the west will never work as servants. May our heads remain high up, breathing the air and honouring our daughters," wrote one.
A few lone voices were angry at their fellow citizens for demeaning manual labour, and suggesting that it should be left to foreign workers: "Working as a servant is not wrong. If it was, why would you accept it for an Indonesian or a Filipino? Or do you think you are special?"
But they were few and far between. Most couldn't stomach the idea of Saudi women working as domestic servants.
"The ladies of the south are much more honourable and greater than you. The ladies of the south were not born to be maids," read another typical comment.

Join the conversation on this and other stories here.
In addition to criticism of the MP, and calls for her to be dismissed from parliament, many took the opportunity to attack the idea of female politicians, a relatively new phenomenon in the country.
Women were allowed to participate in the country's consultative Shura Council for the first time in 2013, when Saudi Arabia's late King Abdullah appointed 30 women to the previously all-male body.
"This is the result of having women in the Shura Council instead of giving them a salary to stay at home to prepare men for the fields of science and work and for serving the nation and religion," one user said.
Al-Mani has responded to the criticism. In an interview with a pro-government paper she said her words were taken out of context. "It was part of an old newspaper report published in the 1980s," she said.
Reporting by Dina Aboughazala, BBC Monitoring

CAIRO - When an Egyptian police officer shot and killed a man selling tea on the outskirts of Cairo this week, onlookers tried to stop paramedics from taking away his body.
“People didn’t want the ambulance to go,” said Alaa Metwaly, a graduate student who arrived at the scene a half hour after the incident. “It was as if the body was the only evidence they had.”
Moustafa Mohamed Ahmed was selling tea in Rehab City, an eastern district of New Cairo city, on Tuesday when a fight broke out between him and low-ranking police officer Zeinhem Abdel Razzaq, the Interior Ministry said in a statement posted on Facebook.
Razzaq, who was on patrol, shot and killed Ahmed and wounded two nearby people who were selling flowers. Soon, a crowd gathered, chanting “Police are thugs”.
After the shooting, the ministry said warrants were issued for the arrest of Razzaq and two police officers who accompanied him.
But at the scene of the shooting, Metwaly said, where onlookers turned over Razzaq’s empty police car and chanted "police are thugs", there was a sense that, without Ahmed's body, justice would remain elusive.
“They kept saying that they knew no one would be held accountable,” she said.
One bystander raised an empty bullet casing in the air as someone filmed: "This is the police," he said. "This is Sisi."
Ahmed's killing comes on the heels of the shooting death of a taxi driver by a police officer in a fare dispute, and in the midst of allegations of widespread torture and deaths in custody at the hands of Egyptian police.
It also follows a wave of recent protests across a wide segment of the Egyptian public, from lawyers and doctors to students and writers, all in violation of the country’s law banning demonstrations without a permit.
The most recent protest, held last Friday, saw thousands of people outside the Journalists’ Syndicate in downtown Cairo picketing the government’s decision to hand over two Red Sea islands to Saudi Arabia.
More than 100 protesters were arrested, security officials told local media. Most have been released, but 25 remain in custody.
But on Thursday night and Friday, ahead of a second protest against the islands scheduled for Monday, police reportedly arrested at least 40 people at downtown Cairo cafes and their homes. The arrests came a day after Shorouk News reported that President Abdul Fattah al-Sisi ordered police to keep protests from happening, an order that Sisi later denied giving.
As events such as these mount, some Egyptians say the country may be on the verge of another mass uprising like that of 2011.
Tarek Hussein - an activist whose brother Mahmoud was arrested in 2014 walking home from a protest in a T-shirt saying ‘Nation Without Torture’ and who was held in pre-trial detention for more than 600 days - said rights abuses under former President Hosni Mubarak are “incomparable to what we see now”.
“One learns,” he said, “that all these things next to each other breed anger, and this anger can lead to a sort of revolt against the Interior Ministry and, maybe later, this will build to revolt against the entire regime.”
Khaled Ali, a former presidential candidate and public figure popular among leftist activists, wrote on his Facebook page that the “repressive, frenzied campaign to arrest young people from the streets, cafés, and their homes, does not express the strength of the system as much as it expresses how nerve-wracked it is. It's lost its balance and is terrified of the popular movement against the sale of the islands.”
The now exiled Ayman Nour, another former presidential figure who stood against Mubarak, wrote on his Twitter page that “Sisi is creating a climate similar to January 2011.”
The Muslim Brotherhood, the 6 April movement, and the Revolutionary Socialists all called for people to take to the streets last Friday in mass protests they coined “the Friday of the Land”.
The MB released a statement on its website saying Sisi was “selling Egypt” and that it was an “organized crime” intended to “serve the Zionist entity.”
Meanwhile, 6 April released a statement on its Facebook page Friday saying: “The regime has gone crazy… we’d like to tell you that now we are mobilizing people for [April] 25th."

Laila Soueif, a longtime human rights activist, said that without accountability, the police have turned into “a group of armed gangs”.
“The only difference is that they are also the ruling group,” Soueif said.
Of the shooting of the tea vendor, she said: “It will happen again. We have already seen how it is worse every time. It will continue and it will only get worse because there is no legal accountability."
Any incident these days, she said, could be the final straw before a major uprising. “But which incident and when, we can’t know for sure,” she said.
- See more at: http://www.middleeasteye.net/news/it-worse-every-time-egypt-protests-sisi-cairo-police-tea-killing-737076427#sthash.ORz8NK9h.dpuf
Posted by Terrobuster at 12:45 AM 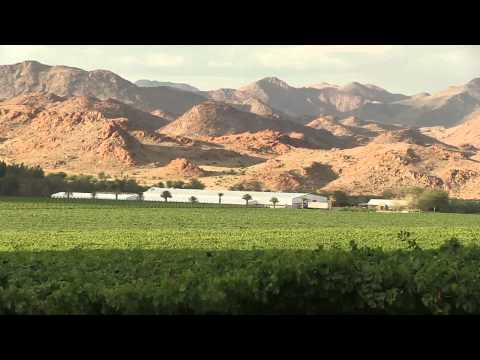