Advertisement
By NATION TEAM
More by this Author
Farmers and leaders Wednesday turned the heat on Meru Governor Peter Munya after the Somali government linked him to the ban it imposed on miraa imports from Kenya.
But Mr Munya, who claims his life is now in danger, said he was only out to protect the interests of farmers after the national government failed to lobby authorities against banning the produce.
Somali Ambassador to Kenya Gamal Hassan said Mr Munya’s visit to Hargeisa in July had led to political pressure which prompted his government to act.
“He linked the territorial integrity of the country to the miraa trade and interfered in the internal affairs of the country. This has created a lot of unbearable pressure on the government. We have suspended the trade to address these matters,” he added.
While in Somalia, the Meru governor met with Somaliland Deputy President Abdurrahman Ishmael, the Foreign Affairs minister and his Finance counterpart.
But Mogadishu said Mr Munya’s reported comments on the probable independence of Somaliland angered officials and politicians who are keen to have one united Somalia.

AMICABLE SOLUTION BEING SOUGHT
Mr Hassan told the Nation that his government is discussing the issue with the relevant Kenyan authorities to find an amicable solution.
The ban has enraged farmers and traders who staged a protest in Maua Town on Wednesday and demanded that the governor compensates them for the huge losses they have incurred since the ban took effect on Tuesday.
The demonstrators blocked the Meru-Maua road with stones and lit bonfires, paralysing transport on the busy road for hours.
“He went to Somalia without consulting other leaders and now he has created trouble for us. He must go back there and talk to the aggrieved (Somalia) country so that it can rescind its decision,” said nominated MCA Dorosen Kagwiria, who led the protests.
The Meru County Assembly also adjourned normal business to discuss the matter.
TONNES GO TO WASTE
Nyambene Miraa Traders Association spokesman Kimathi Munjuri Wednesday said only one plane load of miraa left Kenya.
He said several tonnes of the stimulant had gone to waste.
“The Somalia government is threatening carriers who ferry miraa to Puntland and Somaliland airports if [they use] the road to Mogadishu.
“Only one trader had the courage to send his supplies to Somaliland. He will be using a private airstrip where he has organised for security,” Mr Munjuri said.
However, in Mandera County, miraa business with neighbouring Jubaland traders is still on despite the ban.
But Mr Munya, who spoke at Mituntu in Tigania West Sub-County during cancer screening said he feared for his life.
“The Jubilee administration has landed me in trouble by colluding with the Somalia ambassador to lie to Kenyans that I am behind the ban on miraa [trade] in Somalia.
“Right now, l am fearing for my life as the cartels controlling miraa trade might kill me the way they killed activist Ntai wa Nkuraru over the same matter,” he said.
ACCUSED RIVALS
He accused his political rivals, Senator Kiraitu Murungi and Igembe South MP Mithika Linturi, of using the miraa issue to fight him politically.
MPs Joseph M’Eruaki (Igembe North), Kubai Kirngo (Igembe Central) and Woman Representative Florence Kajuju asked President Kenyatta to intervene and ensure that the region does not lose the lucrative market.
Ms Kajuju asked President Kenyatta and his Foreign Affairs and Trade Cabinet secretaries to initiate talks with the government of Somalia.
“If Mr Munya is the reason why this ban has been imposed, then he does not deserve to be a leader of the people,” she said.
They spoke on the side-lines of an inspection tour of the Lunga Lunga one-stop boarder post by the Parliamentary Committee on Regional Integration.
Reported by Kennedy Kimanthi, Charles Wanyoro, Dickson Mwiti, Farouk Mwabege, Isabel Githae, Darlington Manyara and Manase Otsialo 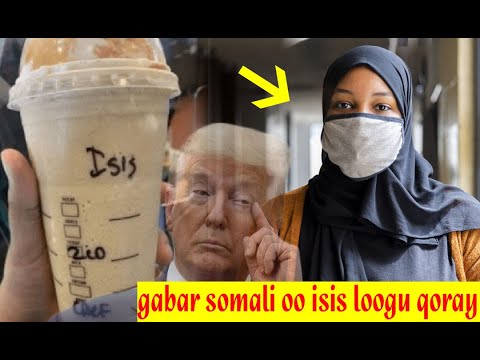