Why kindness can help businesses grow 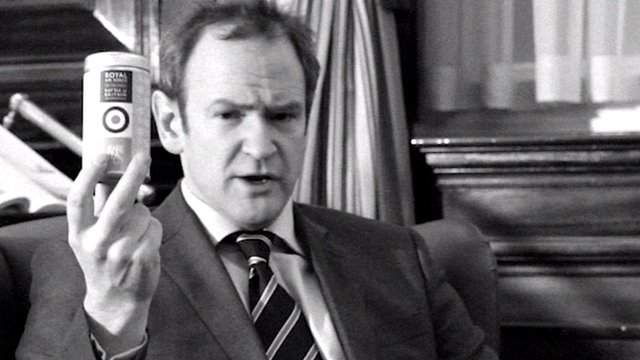 Do not make tea with boiling water. That is what the Rare Tea Lady told me the other afternoon.
A shocking statement for someone like me brought up from childhood to take the teapot to the kettle to ensure that the tea leaves were woken up by the hottest possible infusion.
"It was World War II propaganda because we had cheap industrial tea," said the Rare Tea Lady, Henrietta Lovell. "In order to get good flavour out of it, you needed to use boiling water because they say boiling water dissolves the tannins - the strong bitter flavours."
But real tea has lots more taste than that bitterness, and that is what Henrietta Lovell has built her Rare Tea Company around.
She is a tea fanatic who has turned her fanaticism into a neat little business run from her flat just close to Primrose Hill in north London.
She is also an advocate for random acts of kindness.
She firmly believes that kind gestures are an important force in the way we conduct our personal and professional lives. 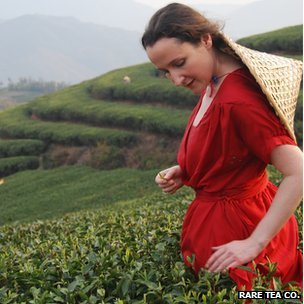 Henrietta Lovell says kind gestures are an important force in the way we conduct business
Encounter Over lunch and innumerable cups of quite delicious teas, she told me her start-up story.
It was one from which many lessons can be drawn. Henrietta Lovell had a tea encounter that changed her life.
Working as an international businesswoman, a client took her out for a meal in Hong Kong.
They had tea - a precious Oolong - and it cost hundreds of Hong Kong dollars.
Henrietta Lovell loved the tea, winced at the price, then when she got back to London she discovered that the tea she had fallen for simply was not available in Britain.
She began to think hard about the quality of the big brand teas available in the supermarkets - then began to travel to tea-growing places in China and Africa.
She fell in love with tea and the people who grew it. Tea is like wine. It varies greatly in taste according to the terrain, the soils, slope and height where it grows.
The harvesting and processing is a difficult, time-consuming and labour-intensive process. For example, top Chinese jasmine tea is laid out overnight to infuse the perfume of the flower which is most intense at night.
In the morning, the flowers are picked out of the tea. The arduous process is repeated for seven nights in total, before the tea is ready for packing.
Time-honoured tradition which produces great tea.
Charm Henrietta Lovell started her Rare Tea Company to sell some of the enticing teas she bought straight from the growers in exotic places. However, just as she was about to launch the company, she discovered she had cancer.
The treatment left her bald and without eyebrows or energy, so she felt she could not go out to prospective customers selling the tea, even if she felt like it.

She concentrated on developing a website which produced some faithful customers. When she recovered she was on her way.
Henrietta Lovell is a persuasive person, burning with ambition not for herself but for her teas. Using her charm and her single mindedness, she has recruited some interesting supporters to her cause.
Her elegant Rare Tea canisters were designed by a south London firm which told her her original designs were hopeless, and then did the job for a knockdown price - and lots of tea - in the hope they would be paid properly later.
She had a wonderful chance encounter with Alexander McCall Smith, author of the celebrated series The No 1 Ladies Detective Agency. He was tickled by the fact that one of the Rare Teas she was selling was from Malawi.
So he volunteered to write (for no fee) some poignant and tiny stories about African tea people, which she printed on eight-page fold-out leaflets and put into the canisters of Lost Malawi Tea, a name he also coined for her.
Clever Henrietta Lovell blended a strong RAF Tea to sell in support of two RAF charities.

It's the business of kindness, she said, and a light bulb went off in my head”

Who better to promote that brew then Alexander Armstrong, actor and comedian celebrated with his partner Ben Miller for their duo of WW2 RAF pilots talking in street-style patois in their TV show Armstrong and Miller?
Alexander Armstrong spent a day at the RAF Club shooting three clever video shorts to put on the Rare Tea Company website, taking the tea viral as YouTube fans clicked and clicked again. No payment required, just lots of tea. And the internet campaign took off without paying impossibly large amounts for TV advertising.
Why? I asked Alexander Armstrong. A good cause, he said, and a chance to pay back something to the RAF for the inspiration their pilots had given his act.
Being good I asked Henrietta Lovell why did she get all this help? It's the business of kindness, she said, and a light bulb went off in my head.
Why shouldn't this be another way of doing business, far removed from the brash competitiveness that businesses think they are all about? There is, surely, far more to running a company than the preposterous cut-throat competition of the TV challenge show, The Apprentice.
Why can't businesses be run with a generosity of spirit and a lot of goodwill? Henrietta Lovell says it can be done, but hers may be just a good deed in a naughty world. 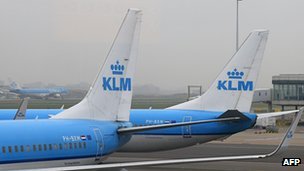 KLM uses social media to offer gifts and surprises to some customers
I would like to think not. It may be the start of a trend. Companies have got away with nominal good behaviour for years. They do what their lawyers and their marketing people tell them they are obligated to do, and nothing much more.
As the banking crisis demonstrated, they did what they could get away with, driven by what they maintained was the interests of their shareholders, and the bosses revelling in the status symbol of their bonuses.
Now blinking in the glare of publicity - businesses may be waking up to other, more deep-seated, obligations. Good people may in the end decide they do not want to work for inhuman or merely operationally effective companies. They will want more from work than pay and promotion. They will want to be nice. They will want the organisations they work for to be kind.
That is what customers are discovering they want, too. They want to deal with businesses that work in decent ways, that reflect their own feelings about the world.
Personal One big international hotel chain tried years ago to turn kindness into a mode of corporate behaviour. The people behind their reception desks were given quite a lot of real money to sort out customers' problems, on the spot.
It pleased the hotel guests, of course, but more importantly it empowered the staff to interact very personally with them. One US credit card company turned this kindness principle into a rather mechanistic surprise.
Some customers would find that a random debit on their monthly bill had been circled and deleted - no need to repay that bit of the bill. Nice!
Now KLM has happened on the business of niceness.
Alerted by the disruption caused to all air traffic by the Iceland volcano dust explosion in April 2010 to the power of using social media to communicate with frustrated passengers, KLM started intercepting their customers' Tweets and Facebook remarks and dreaming up little surprise, individualised gifts or events - when, at least, some of them travel.
This needs deftness. Anything routine or mechanical feels phony, and travellers will be wary of intrusion in their private life.
But done well it makes the customer feel good about the company, and makes the staffers feel good, too. So says KLM.
Seasonal wishes It would be nice to think that the business of kindness will not be captured by professional marketeers and become just another device for paying lip service to how people think business ought to behave.
It would be nice to be un-cynical about it. It would be nice to think that kindness is a way of doing business that might infect lots of big business rather than just a few pioneers.
These are merely seasonal thoughts that may be horribly disproved by a clutch of terrible new scandals and surprises in the New Year.
But let us try to be optimistic. Maybe this season of goodwill might just turn into an era of goodwill.
I would drink a cuppa kindness to that. And so would the Rare Tea Lady. 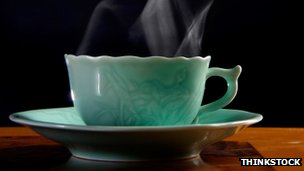 Peter Day reports on the Business of Kindness for In Business on BBC Radio 4 at 8:30pm on Thursday 27 December and Sunday 30th December.