Saudi: Friday is the first day of Eid al-Fitr 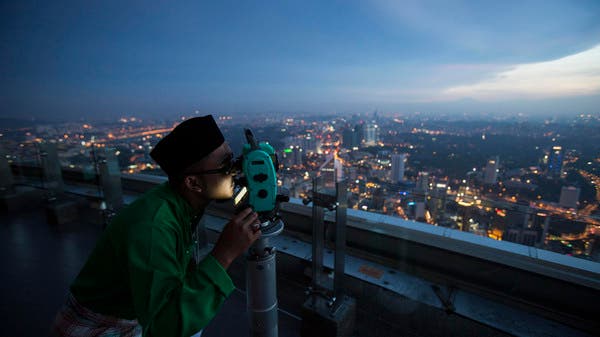 A Malaysian Islamic authority performs the “Rukyah Hilal Syawal,” the sighting of the new moon to determine the Eid Al-Fitr celebrations, in Kuala Lumpur, Malaysia Thursday, July 16, 2015. (AP)
Text size A A A
Staff writer, Al Arabiya News
Thursday, 16 July 2015
Saudi Arabia’s Supreme Court has announced Friday as the first day of the Eid al-Fitr holiday after sighting a new moon, Al Arabiya News Channel reported.
For Muslims, the Eid al-Fitr celebration begins after the fasting month of Ramadan ends. During Ramadan, Muslims abstain from food, drinks and sexual intercourse from dawn to dusk, which is an exercise in self-restraint, intended to bring the faithful closer to God.
Eid al-Fitr starts when the new moon is spotted in the sky, making the Eid holiday different around the world. 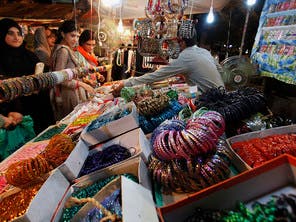 Muslims in the UK, Kuwait, Saudi Arabia and the UAE will celebrate Eid al-Fitr on Friday, while Muslims in other nations such as Iraq and Bangladesh will observe the holiday on Saturday. 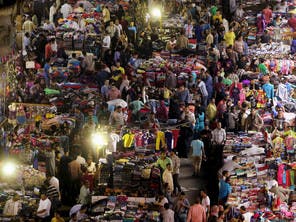 People shop at Al-Ataba, a popular market in downtown Cairo, July 15, 2015. Muslims across the world are preparing to celebrate the Eid al-Fitr festival at the end of the holy month of Ramadan. (Reuters)