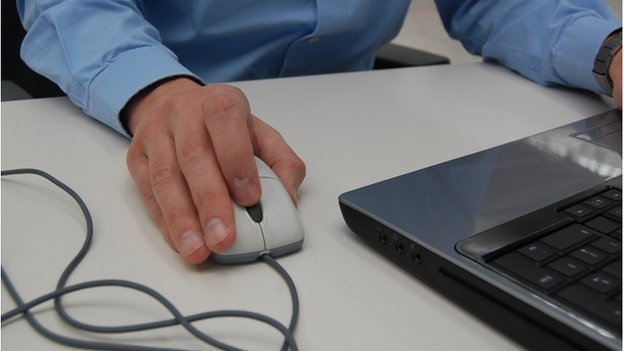 The government is "very open" to the idea of changing the law to tackle the spread of revenge pornography, the justice secretary has said.
Chris Grayling told MPs uploading sexually explicit material to the internet without the subject's consent is becoming a bigger issue in the UK.
Ministers may take "appropriate action" when Parliament returns from its summer recess, he added.
He was responding to a question from former Culture Secretary Maria Miller.
Speaking in the House of Commons during justice questions, she called for a change in the law to tackle the "appalling" practice, saying the Criminal Justice and Courts Bill could be used to toughen up the necessary legislation.
Responding, Mr Grayling said Mrs Miller had "done a very important job in raising this issue".
"It's clearly becoming a bigger problem in our society," he told her.
"What I'd say to you today is the government is very open to having a serious discussion about this with a view to taking appropriate action in the autumn if we can identify the best way of doing so."
Posted by Terrobuster at 1:02 AM