By Anora Sarkorova BBC Russian Service, Tajikistan
"They called me a Salafist, a radical, a public enemy. And then two of them held my arms while another one shaved half of my beard."
Djovid Akramov says he was stopped by Tajik police outside his house, along with his seven-year-old son, last month - and taken to the police station in Dushanbe where he was forcibly shaved.
He became one of hundreds of thousands of men in Tajikistan arrested in recent years for wearing a beard.
Shaving beards is part of a government campaign targeting trends that are deemed "alien and inconsistent with Tajik culture".
Earlier this week, police in Tajikistan's Khatlon region said that they had shaved the beards of nearly 13,000 men as part of an "anti-radicalisation campaign".
The BBC spoke to nine other men who described similar experiences - being detained in the street and forcibly taken to the police department or a barber shop, where they were shaved.
The government campaign is explained by the need to fight radicalisation, amid fears that Central Asia might follow the path of countries such as Afghanistan, Iraq or Syria towards extremism. 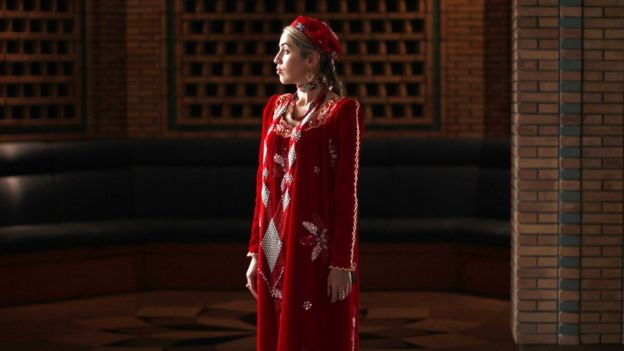 Estimates suggest that between 1,500 and 4,000 Central Asians could have joined different Islamist militant groups in Syria, as of June 2015.
The move against beards is seen as part of a broader government campaign against the adoption of Islamic cultural practices in Tajik society, and to preserve secular traditions.
According to official data, 99% of the Tajik population are Muslim. However, atheism was officially encouraged during 70 years of Soviet rule.

The campaign against Islamic practices also affects women. There is an official ban on wearing hijabs in schools and universities - but in practice it is enforced in all state institutions.
Police say that over the past year, they have closed about 160 shops where hijabs were being sold, and convinced 1,773 women to stop wearing hijabs. 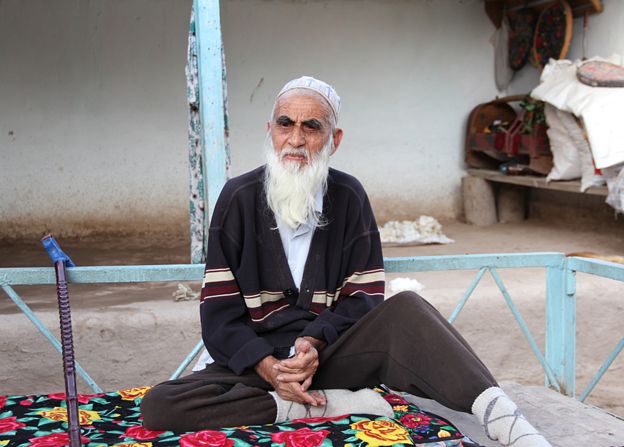 President Emomali Rakhmon has also warned Tajiks: "Don't worship alien values, don't follow alien culture. Wear clothes of traditional colours and cut, not black."
"Even in mourning, Tajik women [should] wear white, not black," he said.
And the authorities have previously called on parents to give their children traditional Tajik names, rather than Arabic or foreign-sounding names.
It is not clear whether these policies will have an impact on preventing radicalism.
Djovid Akramov says he will not forget the humiliation he felt while being forcefully shaved at the police station.
"The worst is the impunity of the policemen, who were enjoying the opportunity to bully people," he says.
It is this kind of conduct that can prompt people to become radicalised, he says.
Read more: http://www.bbc.com/news/world-asia-35372754
Posted by Terrobuster at 5:51 AM