Why 'Making a Murderer' Is Netflix's Most Significant Show Ever 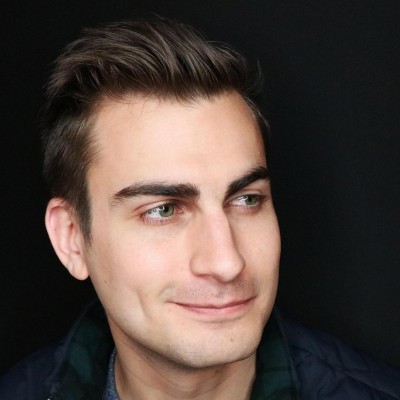 Paul Tassi
Contributor
News and opinion about video games, technology and the internet

Netflix NFLX +8.55% is no stranger to successful shows, and many of them have had their moment in the sun at one point or another the past few years. House of Cards, Orange is the New Black, The Unbreakable Kimmy Schmidt, Bojack Horseman, Master of None, Daredevil, Jessica Jones. All of these shows have been released, binged and entered into the pop culture lexicon, the subject of discussion for at least a week or two after release, given the binge-watch nature of the service.
But Making a Murderer is different.
Not just because the genre has switched from scripted drama and comedy to a true crime documentary. But because this is the first Netflix show that seems to have completely consumed its viewerbase from top to bottom. Though many of the shows mentioned above are popular, they have pretty specific audiences. But Making a Murderer? The story of Steve Avery has seemed to hook pretty much everyone who has laid eyes on it.
The question is not if you’ve seen Making a Murderer yet. It’s how long did it take you to watch it? A week? That’s insane. Three days? That’s more like it. One day? There you go.
I have never seen a show consume the pop culture conversation like this outside of when programs like The Walking Dead and Game of Thrones kill off a major character. Everyone on my Facebook FB +0.00% and Twitter TWTR +0.00% is talking about it (two very, very different groups), and all my friends have seen it as well. My wife and I spent about two hours of a three hour dinner party with our friends last night talking not about their newly announced baby, but about Making a Murderer, and just how enraged the show has made us.
And we’re not alone.

Recommended by Forbes
This is, of course, the fundamental draw of Making a Murderer. Unlike all Netflix’s other shows, this is a real story, with real stakes, and real people who are still suffering from the injustices we see onscreen.
To briefly recap, Making a Murderer is the culmination of a decade of work by the project’s creators, Laura Ricciardi and Moira Demos, who exhaustively chronicled the horrifying story of Steven Avery and his nephew Brendan Dassey. The two Wisconsin natives were accused of raping and killing Teresa Halbach, a young woman who had come to take pictures of Avery’s car for AutoTrader magazine. Steven Avery was supposedly the last person to see her alive, and his nephew eventually confesses that he and his uncle raped, tortured, and killed her, burning her body in the fire pit directly outside the house.
If that sounds relatively clear-cut, you’re in for quite a ride. As it happens, Avery just finished 18 years of a prison sentence for a crime he was exonerated from by DNA evidence. Now, as his $36M lawsuit begins against the county, he’s suddenly being accused of a brutal murder, and the same people who railroaded him the first time are deeply involved with the new case.
I won’t go through the entire story here, you’re better off watching the show for yourself, if you’re one of the few people who haven’t yet. There are hooks after episodes one, three and four, and if you make it that far, I can’t imagine you won’t be compelled to finish the story. I don’t think I’ve ever heard of anyone stopping midway through.
Once you’re done, the question becomes…which part of it makes you the most furious? Which thing that occurs is the most ludicrous miscarriage of justice in your view?

Is it that the State’s case against Steven and Brendan rely on a story that Teresa was stabbed and killed in either his bedroom or his garage, yet literally zero blood was ever found in either place?
Is it that the despite swearing to stay away from the case, Mantiowoc County police are heavily involved, and key evidence like a literal key (to Teresa’s car) and a flattened bullet with her DNA on it are found only after their detectives are left alone to “search” his property themselves?
Is it that a Manitowoc County officer is recorded calling in the missing car days before it was supposed to be found? Is it that this car is found parked in Avery’s salvage yard just a few hundred feet from a car crusher that could have easily reduced it to scrap?
Is it that Brendan Massey’s statements are dragged out of him by investigators who promise they’ll send him home if he says whatever they want to hear? Is it hearing a boy with a very low IQ wonder about if he’ll manage to make it home in time to watch Wrestlemania if he simply admits to raping and murdering a girl? Is it that later he recants all of this and says he got it directly from James Patterson’s book, Kiss the Girls?
Is it the fact that despite what seems to be a pretty clear frame job by police, incompetence by investigators and outright psychological warfare employed against an intellectually challenged minor, the jury still doesn’t seem to understand the concept of “reasonable doubt” and both are convicted?
In a way, Making a Murder channels Serial, the recent true crime podcast that took the nation by storm. But this time, the answer seems much more obvious, the injustice of it all truly harrowing. It’s hard to imagine someone will watch all ten episodes of Making a Murderer and genuinely think Steve and Brendan are guilty, while Serial left its own case much more up in the air.

It’s hard to watch. You will yell at your TV. You will grow to loathe characters like “creepy mustache prosecutor” and “stupid smiley useless defense attorney.” You will develop your own suspicions about what happened (“What about those two neighbors who were each other’s alibis? Whose calls was Teresa ignoring? Why does her brother weird me out so much?”). But most of all you will be profoundly sad about how on so many levels, the justice system failed here.
In a way, Making a Murderer is justice for Steven Avery and Brendan Dassey. Obviously, they’re still in prison, a situation which needs to be rectified, but a problem always was that even if they were found not guilty, at least in Wisconsin with the facts the police and media presented, everyone still would have believed they did it. What Making a Murderer does is restore their reputations, and tell their horrible story to those who have never heard it. The show itself is its own form of justice, showing the real heroes and villains of the case for the world to see.
This feels like the first truly national conversation Netflix has started about one of its shows. Yes, many are discussing the latest schemes of Frank Underwood or heroics of Jessica Jones for a few days after those shows air, but this feels like something much more profound. A genuine phenomenon, possibly the service’s first.
It remains to be seen if true justice will be served for Avery and Dassey, if somehow, some way they’ll be proven innocent after all this time. But if I had to guess, this is not the last time Netflix will visit this case, judging by the response of their audience.
Follow me on Twitter, on Facebook, and on Tumblr. Pick up my sci-fi novels, The Last Exodus and The Exiled Earthborn, which are now in print and online.

Posted by Terrobuster at 9:32 PM