The World’s Next State? 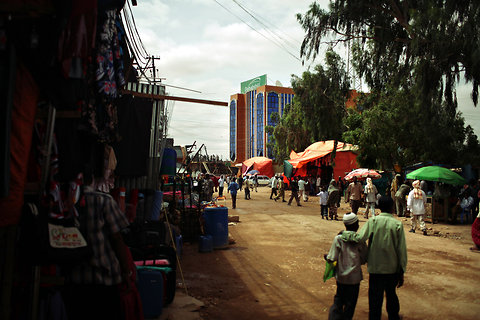 Jehad Nga for The New York TimesA street in June 2010 in Burao, Somaliland, the northern part of Somalia.

HARGEISA, Somalia — If a country isn’t recognized, does it make a sound? Here in Somaliland, the semi-autonomous northern part of the failed state of Somalia, I discovered that the answer is an emphatic yes.
The government in Mogadishu has virtually no influence in Hargeisa, the capital of Somaliland, or over the territory’s 3.5 million residents. Since 1991, when the end of Said Barre’s dictatorship plunged Somalia into anarchy, Somaliland has written its own Constitution, held four peaceful elections, established a central bank that prints its own currency, built schools and universities, and created an elaborate security apparatus that has managed to keep at bay terrorist groups like the Shabab, a Wahhabi group that operates with impunity in southern Somalia.

Though Somaliland also borders the tempestuous Gulf of Aden, virtually no pirates haunt its coast. In fact, the maximum-security prison in Hargeisa currently holds some 70 accused pirates. During the drought that thrust the Horn of Africa back into the news last year, Somaliland dodged the worst effects of famine by spending around $10 million — a combination of government, private and diaspora resources — while in the south tons of food given by foreign groups were stolen.
About 50 percent of the $43 million budget (pdf) goes to security and policing. When I left Hargeisa, the government mandated that I travel with an armed guard. Shukri Ismail, the only female on the first National Electoral Commission, told me locals tolerate such arrangements because “if you don’t live in peace, everything else is trivial.”
This has left Somaliland with an ironic disadvantage: comparative stability. Unlike Eritrea, East Timor, Kosovo and South Sudan — recent additions to the community of nations — Somaliland goes about its business mostly free of violence or political infighting. And so it gets passed up for economic opportunities, like the $9 million job-creation grant the World Bank gave South Sudan earlier this month.
Yet it needs them. The state power utility only reaches a fraction of the 1.2 million who live in Hargeisa, and the rest is provided privately at great expense. Piped water is also scarce, and secondary roads are crumbling in many places.
Poor infrastructure is one reason Saad Shire, Somaliland’s minister for planning, is bullish about formal international recognition. He says independence would remove barriers to foreign assistance, foreign loans and foreign investment. For now, “very few people will venture to invest in a country that is not recognized,” Shire told me. The country’s cash comes from a small tax-base and remittances of about $500-600 million annually from Somaliland’s diaspora.
Despite the potential benefits, foreign influence appears to be a pet peeve here. This is partly because of pride at what’s been accomplished without outside help. Ismail, currently the director of Candlelight, a prominent local NGO, said that during the drafting of the Somaliland Constitution in the early 1990s, “We were slaughtering our own goats, our own sheep, spending our own money collected penny by penny from the community.” And as Nicholas Eubank of Stanford has demonstrated, living largely without foreign aid or foreign intervention constrains resources in a way that leads to more inclusive government.
Foreign meddling hasn’t done much good for Somalia proper. More than one person in Somaliland pointed out to me that the ineffectual Transitional Federal Government was born from diplomatic whirlpools such as the 2008 Djibouti Agreement (pdf), which ceased fire between the T.F.G. and armed opposition, and the 2011 Kampala Accord (pdf), which deferred elections and extended the T.F.G.’s mandate. In response to the chaos, Kenyan, Ethiopian and Ugandan troops are fighting a war in southern Somalia, with mounting civilian casualties.
For the near future, Somaliland will be caught between disdaining foreign assistance and requiring it. A communiqué issued after a major summit meeting on Somalia in London last month “welcomed the success in some areas of Somalia in establishing local areas of stability” but made no mention of Somaliland’s campaign for independence. Countries outside of the region are loath to stretch their necks ahead of African governments or what leadership remains in Somalia itself.
This irks young people in Somaliland, who have only known the region as a fledgling state. Suleiha, a 15-year-old student I met at Abaarso Tech, Somaliland’s top-flight boarding school, told me she was disappointed in the London summit. “We went to that meeting as Somalia, and I didn’t agree. We want to be our own country. We have achieved peace. We have our own government.”

Dayo Olopade is a journalist covering global politics and development policy. She is writing a book about innovation in Africa.