Al Jazeera’s Islamabad bureau chief Ahmad Zaidan continues to refute allegations by the US National Security Agency that he is a member of both Al-Qaeda and the Muslim Brotherhood. Zaidan was placed on the terror list in June 2012.
The revelation came from leaked documents provided by NSA whistleblower Edward Snowden. While it’s unknown why he was categorized in such a way, Zaiden, a Syrian national, has notably covered armed Islamic groups such as Al-Qaeda and the Taliban for Al Jazeera. He also interviewed Taliban leader Mullah Mohammed Omar and Al-Qaeda leader Osama Bin Laden, penning a book called ‘Bin Laden Unmasked.’ 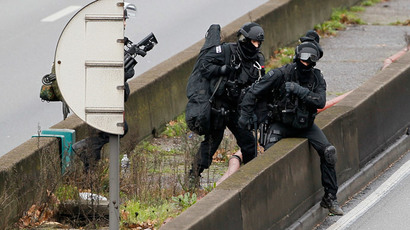 In an interview with the Intercept, Zaiden hit back at the US, arguing that a Western journalist who interviewed Bin Laden would not be labeled a terrorist. He said that it’s his job as a journalist to try to reach out to all parties on any given issue.

Additionally, he criticized the NSA for aiming its surveillance efforts at him. “To monitor and bug journalists is absolutely immoral and unethical,” Zaidan toldthe Intercept. According to the Intercept, the NSA was mining millions of Pakistani phones for data at the time.
“Faisalabad, Lahore — these main cities are the residence of millions and millions of people. They are following and surveilling every one of us. Who has made them the god of this globe?”
Last week, Zaiden penned an article for Al Jazeera in which he denied being a member of Al-Qaeda or the Muslim Brotherhood. He said the claim by the NSA contains glaring contradictions because it stated he was “simultaneously a member of Al-Qaeda and the Muslim Brotherhood.”
“Any college freshman studying political science would know the difference between the Muslim Brotherhood and Al-Qaeda,” he wrote. “The two have different sets of ideologies and are sworn enemies.” 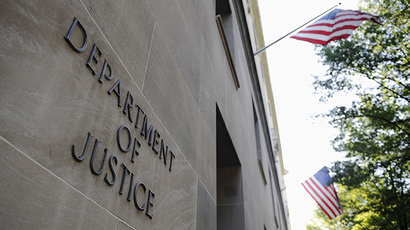 Zaiden also noted the timing of his name being added to the terrorist watch list – according to the leaked documents, 13 months after the killing of Bin Laden in 2011, but just three months after he had filed two reports from the battlefield of the Free Syrian Army rebel group in the province of Idlib, Syria. His work angered the regime of Syrian President Bashar Assad, and state TV subsequently branded him as a member of Al-Qaeda.
“I was surprised that three years after the Syrian regime’s accusations against me, the NSA was repeating the same accusations, while not taking notice of my reporting on the Bin Laden tapes in the previous decade,” said Zaiden.
CNN’s own national security analyst, Peter Bergen, who has also authored several books on Al-Qaeda and Osama Bin Laden, is supportive of Zaidan.
“I’ve known [Zaidan] for well over a decade and he’s a first class journalist,” Bergen told the Intercept. “He has the contacts and the access that of course no Western journalist has. But by that standard any journalist who spent time with Al-Qaeda would be suspect.”
The Intercept said Bergen himself interviewed Bin Laden in 1997.