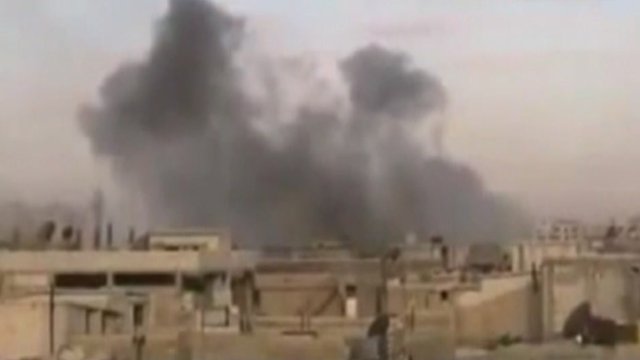 Saleh Dabbakeh, ICRC: "We are hoping that this is only the beginning"
The Red Cross has begun moving women, children and the wounded from part of the besieged Syrian city of Homs.
Syrian Arab Red Crescent ambulances drove into the suburb of Baba Amr, which has been under heavy attack, after negotiations earlier in the day.
Injured journalists were among those awaiting rescue, but the International Committee of the Red Cross has not made clear if they are among the evacuees.
The news came as a major conference was held in Tunisia pushing for aid access.
Delegates from 70 countries gathered at the "Friends of Syria" conference to increase the pressure on President Bashar al-Assad.
The conference ended with a declaration calling on the Syrian government to end violence immediately, allow humanitarian access, and permit the delivery of relief supplies. 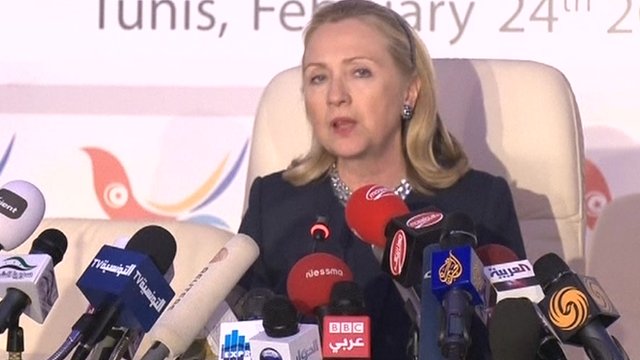 The Friends of Syria should not constrain individual countries from aiding the Syrian opposition by means of military advisers, training and provision of arms to defend themselves”

Syrian National Council
Continue reading the main story
She said the escalating violence in Syria was an "affront to the international community, a threat to regional security, and a grave violation of universal human rights".
Mrs Clinton also attacked Russia and China, which both refused to attend the conference and previously vetoed UN Security Council resolutions targeting Syria.
"The entire world other than Russia and China were willing to accept that we need to take action against the Assad regime," she said. "They must understand that they are setting themselves not only against the wishes of the Syrian people but against the whole Arab Spring."
Activists said 103 people were killed by Syrian government forces across the country on Friday.
The Local Co-ordination Committees, a network of anti-government groups, said the victims included at least 36 people in Homs and 32 in the province in Hama.
It said security forces HAD also shot dead 10 people in the eastern city of Hasaka as a crowd tried to topple a statue of President Assad's late brother, Bassel.
Syria restricts access to foreign media and casualty figures cannot be verified.
Opposition groups say more than 7,000 people have died in the 11-month uprising.
Video appeals 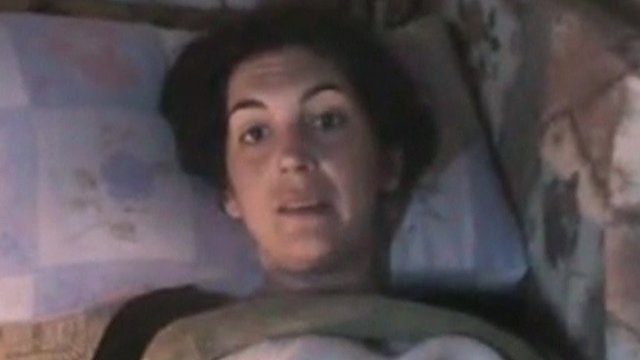 Edith Bouvier: "I need an urgent operation"
Much of the conference's attention has been focused on Homs, which has been under rocket and shell attack for two weeks.
The Red Cross confirmed earlier its staff had reached Baba Amr and were talking to both the Syrian authorities and the opposition about bringing the injured to safety.
Spokesman Hicham Hassan told the BBC the situation there was getting worse by the hour.
About 20 women and children, along with seven wounded people, were moved to safety, reports said.
Two journalists injured earlier this week in Homs made video appeals for help.
Frenchwoman Edith Bouvier needs surgery for a broken leg and and is said to be in a potentially life-threatening condition. Briton Paul Conroy, who has less severe leg injuries, also asked for outside help to bring him to safety.
Both were hurt in the attack which killed two other journalists - American Sunday Times reporter Marie Colvin and French photographer Remi Ochlik.
The Syrian National Council urged the Tunis conference to allow outside countries to be allowed to supply arms to the rebel Free Syrian Army.
"If the regime fails to accept the terms of the political initiative outlined by the Arab League and end violence against citizens, the Friends of Syria should not constrain individual countries from aiding the Syrian opposition by means of military advisers, training and provision of arms to defend themselves," the group said.

Posted by Terrobuster at 8:35 PM