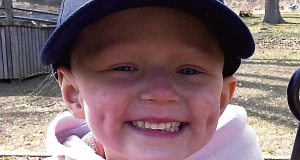 Looking for This Airline? Book Your Trip At Unbeatable Prices
At eDreams: Deals & Offers Daily! eDreams.com/Flight_Offers

Doctors now say her brain appears to have no evidence of cancer, and there are also signs that it has receded on her spine.

Megan's father John Malone said her family are taking her battle one day at a time.

"We were told that she had weeks to live back on the 15th of October," he said.

"And here we are, we've had the last three or four weeks with her almost back to herself.

"Everything from here on in is a blessing. We can't predict the future - we don't know if this disease is going to be cured this time around, or if it will come back.

"We can only hope and pray that it doesn't."
Read more: http://www.breakingnews.ie/ireland/prognosis-positive-for-cork-tot-megan-502960.html#ixzz1Ko2fO8HF
Posted by Terrobuster at 1:54 AM